Taylor Swift Is Having a Lot of Fun With Those Theories About Her New Music. Here's What to Know

With speculation circulating from fans who hope that Taylor Swift could be releasing a new album, Taylor herself has commented on her fans’ Taylor Swift theories, which only launched more.

In the 15 months since Swift dropped her sixth album, Reputation, anticipation for a forthcoming album has only grown. After Swift dressed up as Ariel from Disney’s The Little Mermaid for a New Year’s Eve party, fans began to theorize that her next album will be mermaid-themed.

Now, some Swifties have begun to analyze any Taylor-related detail that they view as a potential clue regarding new music, leading them to count down to the new release they desire. Following Tay’s recent series of colorful, cryptic Instagram posts — including an image of palm trees under a blue sky filled with stars — her fans’ theorizing has gone into overdrive.

“Crazy #TS7 Theory: So if there’s 60 stars as some have said, let’s say there’s about 60/61. There’s 61 days until April 26, FRIDAY, a SINGLE RELEASE day!” tweeted one enthusiastic Swiftie. “Another connection is April 26 is Arbor Day, a connection to PALM TREES!? @taylorswift13 look what your doing to us.”

However, when Swift took to Instagram to comment on the theories via a picture of her cat, fans’ fervor reached a new level. “She just read all the theories,” Swift captioned the photo of her Scottish fold cat Olivia Benson looking at the camera with a shocked expression.

Fans went to work on the picture. One fan immediately tweeted out his thoughts on what he saw as two different clues about new music in the background of the shot. “3 Grow Poles in the Money Plant in the background: She skips #4 and goes to #3,” he wrote. “Also, TS7 is gonna be a big seller 13 visible whiskers on the cat: 13 tracks on the non-deluxe album 7 words used in the caption: TS7 is coming.”

Despite no official indication, it would appear that the Taylor Swift countdown to new music in 2019 is on for the avid fan base. 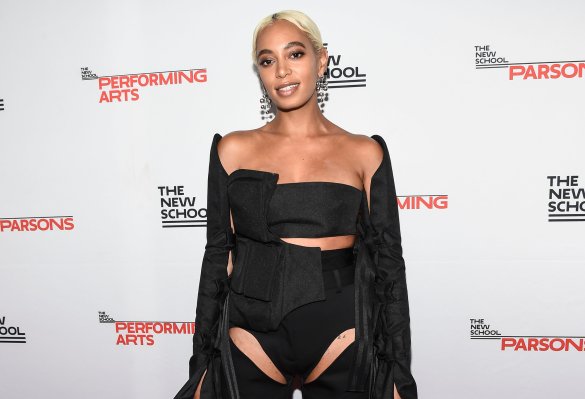