Sometimes I worry we’re so busy “believing” survivors that we’ve stopped listening to them. In the #MeToo era, reports of gross sexual misconduct have brought down so many once-untouchable men: Harvey Weinstein, Les Moonves, Roy Moore, Catholic priests around the world. Bill Cosby is in prison. Despite his ascension to the Supreme Court, more Americans trusted Christine Blasey Ford than Brett Kavanaugh. But even as we keep believing the worst about these alleged predators, we’ve become desensitized to the lived experiences of (non-famous) victims of sexual assault and abuse. It’s all a blur of undifferentiated trauma.

It’s a relief, then, that Leaving Neverland makes the plight of survivors paramount. The two-part film, which airs March 3-4 on HBO, offers damning evidence to support the longstanding child molestation accusations against Michael Jackson. Even more indelible is the way director Dan Reed (Three Days of Terror: The Charlie Hebdo Attacks) and his two disarmingly open subjects demonstrate how complicated the relationships between young victims and their abusers can be—and how they can poison the child’s life regardless.

As kids, James Safechuck and Wade Robson had three things in common: creativity, talent and moms determined to make the most of those gifts. A child actor in California, Safechuck starred opposite Jackson in a Pepsi commercial at age eight. (He’s now 40.) Raised in Brisbane, Australia, 36-year-old Robson taught himself dance moves that earned him an audience with the King of Pop when he was only five. As the two men tell it, both cases began with extensive grooming. Jackson hung out at Safechuck’s modest suburban home and courted Robson from afar with daily phone calls. He ingratiated himself with their starstruck mothers, who saw a childlike soul in need of a playmate as well as a figure who could change their family’s lives, only to turn the boys against their parents once he got them alone. At Neverland—which offered “a fairy tale every night,” according to Safechuck’s mother—and on tour, Jackson would allegedly perform and request all manner of sex acts from them.

Their accounts of these incidents are precise, graphic and extraordinarily difficult to hear. (Leaving Neverland is not appropriate for kids. Viewers sensitive to descriptions of child abuse or sexual violence may want to watch with a finger on the fast-forward button.) But they’re never sensationalized. Reed incorporates no talking heads telling viewers what to think about the revelations, no histrionic score manipulating our emotional responses, no gratuitous collages of late-’80s and early-’90s pop culture or commentary on his subjects’ sexual preferences as adults. Instead, he makes Safechuck and Robson’s memories the core of his four-hour documentary. Interviews with their families—deflated siblings, wives who only learned of their husbands’ childhood trauma after giving birth to sons and negligent but well-meaning stage mothers who blame themselves for ignoring red flags—illustrate how one abusive relationship can damage so many other bonds.

What complicates, and ultimately deepens, Reed’s investigation is the loyalty Safechuck and Robson showed to Jackson while he was alive. Both men maintained for years, privately and in public defenses of the entertainer, that he never molested them. As children, they’d been dazzled by professions of love from an artist the world adored. “It sounds sick, but it was very much like when you’re first dating somebody,” Safechuck says, referring to the physical intensity of his early days with Jackson. “We were like this married couple.” In fact, he says the singer performed a mock wedding ceremony, complete with a ring, and that more jewelry followed in return for sexual favors—jewelry that makes Safechuck visibly queasy today.

Abuse is often understood solely as an assault on the victim’s vulnerability, but Leaving Neverland reveals how Jackson preyed on their desires to be exceptional; they got to feel like his partners and protégées. (Jackson’s true feelings for the boys remain both unknowable and beside the point.) The same talent that brought Robson to the icon’s attention made him a top choreographer for pop stars like Britney Spears and *NSYNC. By funding Safechuck’s student films, Jackson supported the boy’s dream while cementing his dependence. This under-discussed facet of child sexual abuse brings to mind last year’s The Tale, an HBO film based on the experiences of its writer and director, Jennifer Fox. As a precocious 13-year-old, she interpreted her sexual initiation at the hands of two coaches as proof of her maturity, then blocked out every memory that didn’t fit that justification.

There is obviously nothing urgent about a Michael Jackson exposé in 2019. Unlike Lifetime’s recent Surviving R. Kelly, Leaving Neverland doesn’t need to make an airtight case against a wealthy pop-music legend who still has access to vulnerable young fans. Yet it’s the absence of that active threat (if not a competing narrative from the Jackson estate and a few obsessive fans) that frees up Reed to focus on a wider-ranging inquiry into what it means to be a survivor. Viewers of all genders and ages who share that experience are bound to see their own stories in that of Safechuck and Robson. That’s more than enough reason for this eloquent documentary to exist. 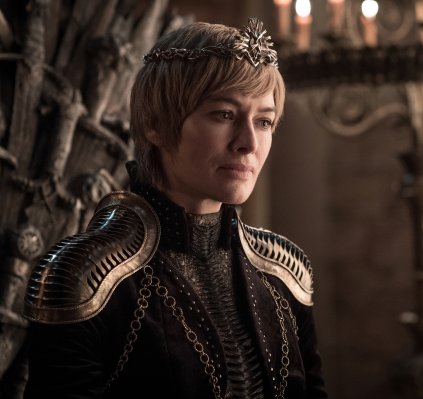 The New Game of Thrones Emojis Are Perfect for Throwing Shade at Your Enemies
Next Up: Editor's Pick