A Cancer Patient's Radioactive Remains Are Raising Fears of Contamination

About half of all Americans are cremated when they die. So when a 69-year-old man was cremated in Arizona in 2017, it didn’t seem out of the ordinary — until doctors learned that his body may have put others at risk of radiation exposure.

In 2017, the man was admitted to a hospital for low blood pressure treatment, according to a new research letter published in JAMA. But unbeknownst to his doctors, the man had been treated at the Mayo Clinic Arizona just the day before, where he had been injected with lutetium 177, a radiopharmaceutical used to combat his pancreatic cancer. When the man died two days after being admitted to the second hospital, doctors there didn’t know about his medical history, and Mayo Clinic doctors had no idea he had died.

So when the patient was cremated five days after his death, no one thought anything of it — at first.

“For this particular therapy, patients can receive up to four treatments separated by eight weeks,” says Kevin Nelson, a radiation safety officer at the Mayo Clinic and co-author of the research letter, who was involved in the patient’s care. “We were expecting him to come back to get treated again in eight weeks. We discovered shortly after the initial treatment that he had died at this other hospital.”

Some states, such as Florida, forbid the cremation of anything other than human remains, including radioactive material. But in Arizona, there are no regulations that require crematoriums to be informed about a patient’s past exposure to radiotherapy, the paper says.

Still, when Mayo staff learned that he had died and been cremated, the crematorium and its operator were tested for radiation exposure. Investigators found low but detectable levels of lutetium 177 in the cremation chamber and its equipment. They found none in the urine of the crematory operator, but they did find a different radiopharmaceutical that the operator had never been exposed to through their own medical care.

That’s concerning, says paper co-author Dr. Nathan Yu, a radiation oncologist at the Mayo Clinic and co-author of the new research, who was also involved in the cancer patient’s care. “It’s plausible that he was exposed to it while cremating other human remains,” Yu says. “There are employees that may need to know that they may be working with radioactivity.”

Yu emphasizes that the radiation levels detected in the facility and the operator’s urine were low and likely not in excess of the Nuclear Regulatory Commission’s annual limit for members of the public. He also adds that radiation exposure is not uncommon. Some background radiation is naturally occurring in the environment, and people are exposed to low levels of cosmic radioactivity through air travel. Medical treatments ranging from X-rays to cancer therapy also use types of radiation.

Nonetheless, “if there are ways to minimize or avoid radioactivity, that’s a reasonable thing to do,” Yu says. High levels of radiation exposure, which exceed those the average person is likely to see during his or her lifetime, can cause cancer and cardiovascular disease, according to the Environmental Protection Agency.

Given the increasing use of cremation, Nelson says it’s important to understand how often issues like these arise and to develop procedures for handling them safely. People who have radiation in their bodies can be cremated, he says, as long as proper precautions — such as using a respirator and wearing protective gloves and clothing — are taken.

“We can educate people on how to work around radiation safely. We do it all the time in medicine,” Nelson says. “What you really want to try to limit are the situations where people are not aware they’re being exposed to radiation without any precautions.” 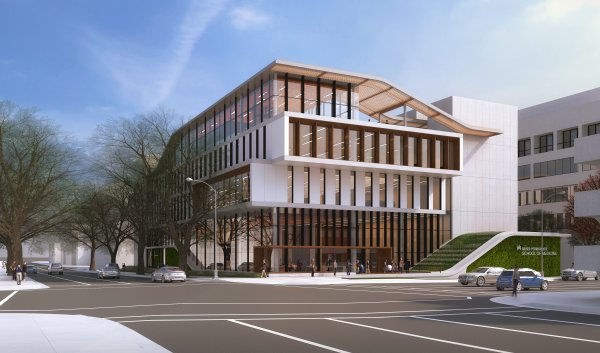 Kaiser Permanente's New Medical School Will Be Free for Its First 5 Graduating Classes
Next Up: Editor's Pick