In a sign of the seriousness of its crackdown on restive Xinjiang, China has appointed a political rising star and Xi Jinping loyalist to head up political and legal affairs in the far-Western region.

Hong Kong’s South China Morning Post reports that Wang Junzheng—the former party chief of the northeastern city of Changchun—will be responsible for law and order in Xinjiang, where China’s persecution of Uighurs, a group of predominantly-Muslim ethnic minorities, has been the subject of international condemnation.

Wang, described by the Post as one of “a group of up-and-coming cadres who have won the trust of President Xi Jinping,” pledged to “ensure the party’s absolute leadership over political and legal work, and firmly implement the Party Central Committee’s strategy in governing Xinjiang.”

Last year, China created a new government bureau to formulate and advise Beijing’s politicians on policies for the region.

The Uighurs, who are of Central Asian origin, are one of China’s largest ethnic minority groups. Approximately 11 million Uighurs live in the western part of the country. It is believed that up to one million Uighur Muslims are currently being detained in camps that China calls “re-education” centers.

China has been facing international pressure to close the camps. China denies that its treatment of Uighurs is inhumane, and says that the camps are a successful deterrent to Islamist terrorism in China.

Beijing is expected to face tough questions about it’s persecution of Uighurs at the 40th U.N. Human Rights Council meeting, which kicked off in Geneva on Monday. 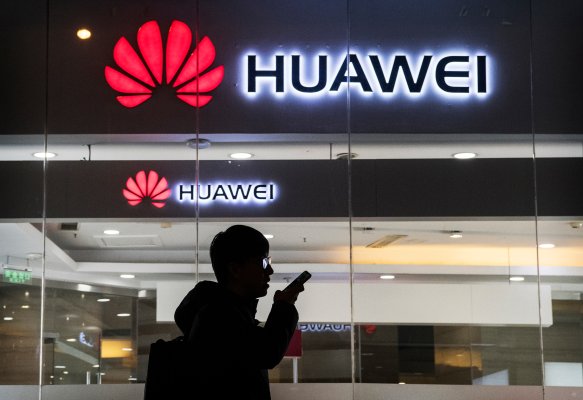 Huawei Founder Says Company Not Threatened by U.S.
Next Up: Editor's Pick