People walk in front of a Decathlon store in the French northern city of Villeneuve d'Ascq on Feb. 25, 2014
Philippe Huguen—AFP/Getty Images
By Hillary Leung

A major French sportswear retailer has announced that it will pull hijabs from shelves after receiving over 500 calls and emails complaining about the product, the BBC reports.

“We are making the decision… to not market this product in France at this time,” Decathlon spokesman Xavier Rivoire reportedly told a local station, RTL radio, on Tuesday.

The BBC cited an earlier interview Rivoire gave to the AFP news agency, in which he said that Decathlon’s intention was to “make sport accessible for all women.”

The lightweight Muslim headscarf has long been criticized for going against France’s secular values, and some lawmakers have suggested a boycott of the brand.

Decathalon, which has 1,510 stores in 49 countries, released an official statement on Twitter.

Since 2004, it has been illegal for Muslim women to wear a headscarf in state schools and some government buildings, and in 2016, more than 20 towns moved to ban women from wearing so-called burkinis, or full-body swimsuits, on public beaches.

The French Minister for Women’s Rights, Laurence Rossignol, has also been criticized for her forthright condemnations of fashion retailers that sell products designed for Muslim women. 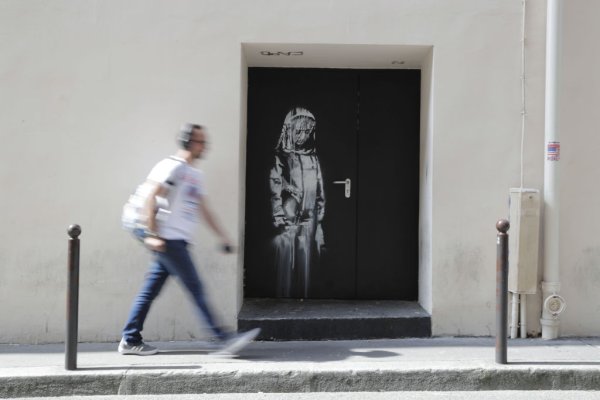 A Banksy Homage to Paris Terror Attack Victims Was Stolen
Next Up: Editor's Pick