Some Anti-Vaxxers Aren't Getting Their Pets Vaccinated. Here's Why That's So Dangerous

Dogs can’t get autism, and even if they could, vaccines couldn’t cause it. Period. But some anti-vaxxers are increasingly making the same unfounded claims about pets and vaccines they’ve been repeating about children and vaccines for the past 20 years: that vaccines are unnecessary, dangerous and that they can cause a form of (canine) autism, along with other diseases. Just as with kids, that may be driving down pet vaccination rates. And the movement, while niche, shows no sign of stopping; in some states in the U.S., anti-vax activists have recently agitated to make state laws about mandatory pet vaccinations more lax.

The problem is acute in the United Kingdom. In its most recent annual report, Britain’s People’s Dispensary for Sick Animals (PDSA) surveyed more than than 4,600 pet owners and found that in 2018, about 25% of dogs—2.2 million of them—had not had their necessary vaccinations when they were young. That’s roughly on par with rates last year, which had jumped significantly. The most common reason people gave for not vaccinating their dog—accounting for 20% of responses—was that “it’s not necessary.”

Whatever the justification, every owner who does not vaccinate a dog contributes to endangering a great many other dogs too. “[T]he figures for pets not receiving primary vaccinations and regular boosters may threaten population-level immunity,” the authors wrote in the report.

The numbers are also high for other pets; 35% of cat owners did not have their kittens vaccinated, and 41% of older cats hadn’t received their regular boosters. Almost half of pet rabbits had not been vaccinated when they were young.

These increasing trend lines are consistent with what has happened with human vaccine rates after the thoroughly debunked rumors that vaccines can cause autism began (and rates of unvaccinated children have spiked). Indeed, the fear of “canine autism”—which, again, does not exist—could be contributing to vaccination refusals. In April 2018, Gudrun Ravetz, Senior Vice President of the British Veterinary Association (BVA), issued a statement debunking the link between pet vaccinations and autism after a British morning show stoked fears of this link on social media.

“There is currently no reliable scientific evidence to indicate autism in dogs or a link between vaccination and autism,” she said. “Vaccinations save lives and are an important tool in keeping our pets healthy.”

In the U.S., veterinarians and animal advocates are also fighting this type of misinformation. Vaccine resistance may be growing among pet owners here, according to a 2017 article on the industry website American Veterinarian, though at the moment reports are anecdotal and spotty—limited mostly to trend-sensitive places like Brooklyn and San Francisco. In an e-mail to TIME, the American Society for the Prevention of Cruelty to Animals (ASPCA) wrote, “We are not aware of studies that have documented a change in vaccination rates in pets. The ASPCA Community Medicine team alone performs tens of thousands of vaccinations annually for owned dogs and cats, rescue animals.”

But Brennan MacKenzie, a veterinarian in Los Altos, California, told the American Veterinarian that he has indeed seen pushback from pet owners. “Over the last 10 or 15 years,” he said, “there has been an increase in mostly unfounded concerns about vaccine safety for people and that, I think, has raised people’s awareness and level of concern about vaccinations for their pets.” A 2017 article in the Brooklyn Paper noted an uptick in vaccine refusals by pet owners in the borough.

Often, the concerns the pet owners have are both vague and catastrophic, with vaccines said simply to overwhelm the immune system and leave the animal susceptible to any and all diseases. That creates a neat kind self-validating reasoning: any illness the animal contracts, no matter how unrelated to vaccination, can be blamed on it.

Like all vaccines, those created for animals do carry some potential side effects—most minor, some more serious but less common. According to the AVMA, the mild ones include fever, decreased appetite and canine coughing. The more serious ones, which require immediate veterinary care, include swelling of the muzzle, severe coughing or even collapse. As with all vaccines, however, the risks of remaining unprotected dramatically exceed the dangers of the shot.

“There is a huge upside and a tiny downside,” says Nicholas Dodman, professor emeritus of veterinary medicine at Tufts University. “It’s the same with both dogs and humans.”

The trend in the U.K. and the risks of something similar occurring in the U.S. have vets worried. One thing that contributes to the danger is, paradoxically, that vaccines have been so successful at controlling animal diseases that many people have no experience with how terrible those diseases can be—a phenomenon that mirrors anti-vaxxers’ cavalier attitude about human diseases like measles or polio.

“When I was in Scotland at a time they didn’t vaccinate, I saw horrible cases of distemper,” says Dodman. “You see the way the animals suffer, and you would always vaccinate.”

The most dangerous of all of the canine diseases is rabies, which is effectively a death sentence for a dog. “Rabies kills, period,” says Amy Nichols, vice president of the Companion Animals Division of the Humane Society. “It’s incredibly contagious, and a pet that gets it has to be euthanized.”

In most states, rabies vaccines are required by law, but it’s hard for local governments to stay on top of human childhood vaccinations — let alone police people’s pets. In two states, anti-vax activists have agitated to loosen state laws, hoping to make it easier to find ways around mandated shots. The first such effort, Connecticut House Bill 5659, was filed in the state legislature in 2017 and would have permitted veterinarians not to administer rabies booster shots on schedule if tests of a dog’s blood showed that anti-body concentrations, or titers, were above a certain threshold. The bill would have also allowed the vets to adjust vaccines, by administering smaller doses to smaller dogs, for example—though body weight is not a relevant factor in vaccine efficacy.

“It’s not a weight-versus-dose question,” said California veterinarian Lisa Boyer in an interview with The Guardian. “My seven-year-old and I get the same vaccine.”

The Connecticut bill did not pass, but two similar bills were introduced in the New Hampshire state legislature this year. House Bill 331 would have, like the Connecticut bill, allowed veterinarians to administer titer tests to determine the need for a rabies vaccination; House Bill 426 would have allowed pet owners to show proof of such tests in obtaining a dog license. Both bills were killed in committee by unanimous votes, but people in the veterinary community don’t believe that anti-vax agitators are going away.

“My sense from the testimony is that similar bills are being introduced in other states,” said Lindsay Hamrick, New Hampshire Senior State Director for the Humane Society of the United States, in an email to TIME.

One thing that could help keep anti-vaccine pet owners in check is that they have a number of half-measures anti-vaccine parents don’t. Pediatricians are all but unanimous—correctly so—that children should be vaccinated in full and on-time. But with animals, some vets are willing to administer vaccines (other than the rabies vaccine) in small aliquots, or doses—say, a fifth of a vaccine weekly for five weeks. And for some vaccines other than rabies, titer testing may indeed be appropriate to determine if a vaccine can be skipped or delayed.

“It probably costs more to do the titer than to do the shot,” Dodman says. “But if you’re worried, sure.”

The kind of life a particular dog lives may also be relevant. Dogs that go to doggie day care or visit dog parks or spend a lot of time outside—especially if they swim or wade in freshwater rivers or lakes—are at greater risk of infection and in greater need of immunization than dogs that spend a lot of time indoors. The American Animal Hospital Association (AAHA) has an online Lifestyle-Based Vaccine Calculator that addresses this. Check the boxes that describe how your dog lives, and the algorithm will recommend the most important vaccines.

There is not a dog in the world that has ever enjoyed the feel of a veterinarian’s needle. But that pain is incidental and fleeting; the pain of the diseases the shots prevent is far worse, far more enduring—and sometimes fatal.

“Not to vaccinate against these diseases is crazy,” says Dodman. Our pets count on us to be smarter than that. 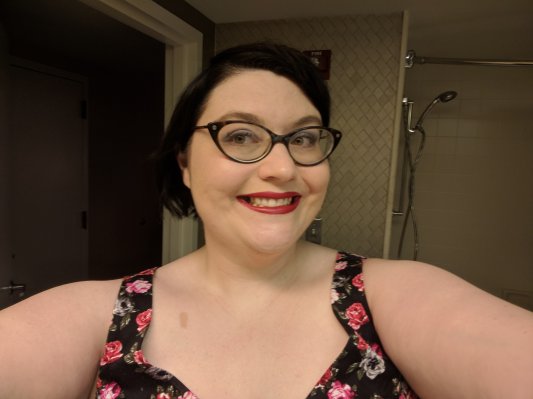 The New Depression Treatment Esketamine Helped Me Get My Life Back. But I Don't Know If I Can Take It Forever
Next Up: Editor's Pick