When a group of young Green New Deal supporters engaged Sen. Dianne Feinstein on Friday in a headline-making confrontation about the ambitious economic and environmental plan, they had one main retort to her skepticism about the program’s feasibility: for a massive problem like climate change, they argued, a massive fix is needed.

The program’s expansiveness is one of the points on which critics of the plan are quick to seize. But it is the very breadth and depth of the Green New Deal that could not only allow it to restore the vanishing American middle class and sustainably transform the nation’s way of life, but also to succeed in one area where the New Deal of seven decades ago failed — by intentionally including those who have been historically excluded.

The Green New Deal resolution calls upon the federal government to create a comprehensive set of policies and programs that would simultaneously address the climate and inequality crises. It also explicitly acknowledges the extent to which economic inequality in the United States is racialized. As the debates around the Green New Deal heat up, and as the primary and general elections enter full swing, the challenge for progressives will be holding firm on the breadth and inclusivity of the plan. Progressives are sure to face pressure from conservatives — and from some moderate Democrats — to narrow the scope of their effort.

But the history of FDR’s New Deal should act as a warning to progressives today: if the New Deal of our era is not broad and inclusive, it will only reinforce and replicate racial inequality.

The original New Deal was broad too, comprised of numerous policies, programs and new agencies that FDR’s administration and Congress jump-started during his first 100 days in office to combat the effects of the Great Depression. It did everything from providing income relief to the unemployed to regulating the banking sector. Its programs became the backbone of the American welfare state and built the largest middle class in global history at the time.

But as we and our Roosevelt Institute colleagues write in our book The Hidden Rules of Race, while the New Deal built economic productivity, strengthened the bargaining power of workers and diminished economic inequality for white Americans, it excluded people of color, particularly African Americans, and cemented racial disparities already well-entrenched as a result of slavery and Jim Crow. Despite the fact that most of its programs appeared “race neutral,” the New Deal reinforced racism through the main engines of the American economy, with devastating impacts on the economic mobility and security of black communities for the long-term.

The New Deal’s Works Progress Administration and the Civilian Conservation Corps were established in FDR’s first 100 days to provide temporary jobs, employment on infrastructure projects, and work restoring farmlands and the nation’s forests, which helped the U.S. successfully overcome and recover from the Dust Bowl. Yet, these New Deal jobs were typically offered to white men first, while black unemployment rates remained much higher.

Meanwhile, because of direct political pressure from racist Southern Democrats, the Social Security Act, the Fair Labor Standards Act and the Fair Labor Standards Act (FLSA) of 1938 all excluded agricultural and domestic workers. At that time, the legacy of slavery and Jim Crow-era policies had shaped economic opportunities and outcomes for people of color such that 41% of all black workers were employed in agriculture and 63% of black women worked as domestic workers. These implicit racial rules cemented the racial exclusions of the 1935 Wagner Act, which granted workers the power organize, join a union and collectively bargain, but also permitted unions to exclude non-white workers, and as a result left the majority of black workers behind as their white counterparts enjoyed labor and wage protections and a steady pathway to the middle class.

The New Deal also reinforced racial discrimination in housing. In 1933, Congress created the Home Owners Loan Corporation (HOLC) to minimize home foreclosures. While HOLC was refinancing thousands of mortgages, it created a system of loan appraisals for properties and communities, which evaluated the racial composition of communities. Older black neighborhoods in the center of cities were deemed the highest mortgage risk or “redlined.” Redlining, combined with the fact that very few of the G.I. Bill mortgages went to people of color, meant that white housing growth was funneled to the suburbs, while inner-city neighborhoods were deprived of home-ownership financing. This established geographic lines of racial segregation, patterns laid down by the New Deal that significantly hindered asset-building opportunities in communities of color and have driven an ever-widening wealth gap.

The racial rules of the New Deal continue to shape opportunities and outcomes for people of color today. We need to look no further than our persistent gaps in wages and wealth, striking racial health disparities, mass incarceration and violence against black men and women. Climate change has and will only further exacerbate these historic inequities. Scientists predict that the poorest groups in America, many of them communities of color, will experience the worst effects of climate change but have the least ability to cope with and adapt to it.

Any government initiative like the Green New Deal would affect these dynamics. It is only by addressing those consequences in advance, by spelling out values, goals and ways to get there, that the architects of the Green New Deal can make sure those results are not to the nation’s detriment. That seems to be a priority. “The type of economic transformation we need to reduce racial and economic inequity is the same type of transformation that shifting to a green economy will bring,” Rhiana Gunn-Wright, one of the plan’s leading designers, told the Roosevelt Institute in an email. “To not include efforts to address that inequity in efforts to green our economy is to knowingly allow inequality to continue. Why assent to that?”

Like its predecessor, the Green New Deal has the potential to revitalize and rewrite the rules of the U.S. economy. Yet, as the political debate around it unfolds, it will be increasingly vulnerable to critics who want to pare it down to a set of climate mitigation proposals, rather than a broad revisioning of an economy that is not only clean, but inclusive. To do so would be to repeat the mistakes of the past. Explicitly addressing race in the Green New Deal is not only necessary to meaningfully improve the lives and opportunities of people of color, but it will lead to the stewardship of an economy and environment in which all families can thrive. That better future is the only one that can truly be sustainable. 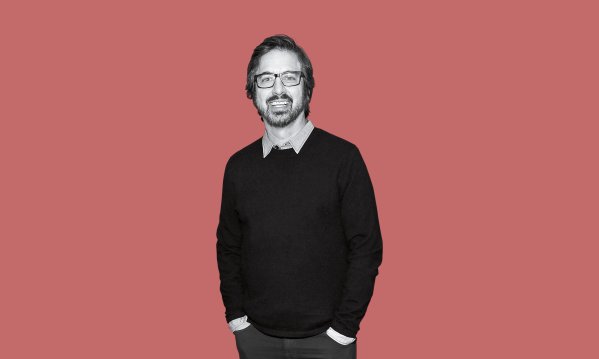 Ray Romano Hopes to Die in the Most Ray Romano Way Ever
Next Up: Editor's Pick