Pose star Billy Porter stole the show at the 91st Academy Awards when he showed up on the Oscars red carpet in a tuxedo jacket and a velvet gown by designer Christian Siriano. Porter, who changed into a pair of palazzo pants for practicality while he was doing job as an interviewer, wore the dress with a pair of 6″ tall Rick Owens boots

The actor and singer, who helped host the red carpet coverage ahead of the awards show, opened up about his decision to don a dress for the occasion in an essay for Vogue, where he talked about his love of fashion, his queer identity and the need for visibility.

“My goal is to be a walking piece of political art every time I show up. To challenge expectations. What is masculinity? What does that mean? Women show up every day in pants, but the minute a man wears a dress, the seas part,” Porter said. He later revealed that his decision to wear a dress to the 2019 Oscars was inspired by the shocked responses he got after sporting a pink cape to the 2019 Golden Globes.

“That Globes outfit changed everything for me. I had the courage to push the status quo,” he said. “I believe men on the red carpet would love to play more. This industry masquerades itself as inclusive, but actors are afraid to play, because if they show up as something outside of the status quo, they might be received as feminine, and, as a result, they won’t get that masculine job, that superhero job. And that’s the truth. I’ve been confronted with that.” 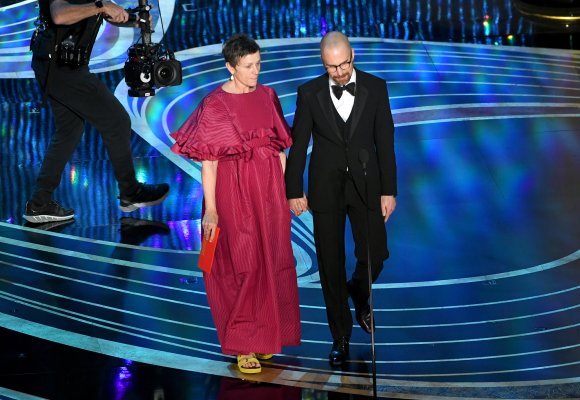