Labour leader Jeremy Corbyn has come out in favor of a “public vote” on Brexit, in a shift to the main opposition party’s stance that could make it more likely that Britain holds a second referendum on its divorce. The pound rose.

Jeremy Corbyn says Labour will back a public vote on Brexit — though he doesn’t say exactly how May didn’t secure any concessions from EU at summit in Egypt EU Council President Tusk backs an extension to Brexit day; lawmakers will try to force May into an extension on Wednesday.

Labour Moves to Back ‘Public Vote’ on Brexit

But any amendment will struggle to win support in Parliament, as some Labour MPs from Leave-voting areas will likely oppose a re-run of the 2016 referendum.

At a weekly party meeting this evening, Corbyn is expected to also confirm Labour will back a cross-party effort led by lawmakers Yvette Cooper and Oliver Letwin to prevent the U.K. crashing out of the EU on March 29.

“One way or another, we will do everything in our power to prevent No Deal and oppose a damaging Tory Brexit based on Theresa May’s overwhelmingly rejected deal,” he will say.

Theresa May’s office said government estimates of the economic impact of a no-deal Brexit will be published “very shortly.”

The material was promised to former Tory MP Anna Soubry on Feb. 14, before she defected to join Parliament’s new Independent Group. It includes some information that wasn’t in the Treasury assessments published last year, May’s office said. 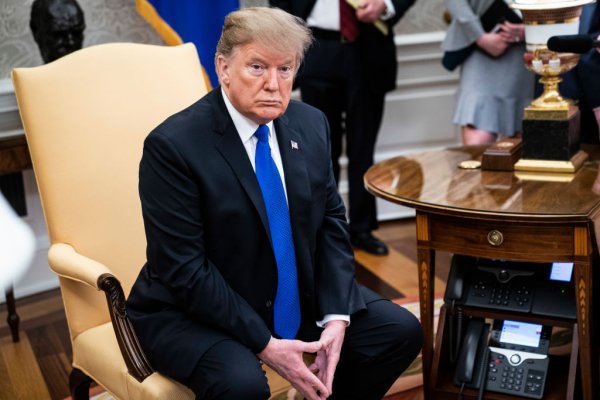