A Stuffed Rabbit Stole the Show at the Oscars. But People Agreed It Could Have Done More

A stuffed animal rose to fame last night on the basis of its huge personality.

Melissa McCarthy upstaged herself in the best way possible at the 2019 Oscars with a collection of rabbit props, and one in particular.

The actor rolled onstage in a gown with a bunch of stuffed animal rabbits attached to its train as a playful spoof of Best Picture nominee The Favourite. She pulled the gag alongside a similarly fancifully dressed Brian Tyree Henry, of If Beale Street Could Talk, as they presented the award for Best Costume Design.

Why a bunch of rabbits? In the period film, a character based on Queen Anne, played by Best Actress winner Olivia Colman, obsessively dotes on her 17 pet rabbits. But the over-the-top costume got a lot of love from the crowd, regardless of familiarity with the movie’s plot.

And while McCarthy may have been nominated for Best Actress for doing serious business in the drama Can You Ever Forgive Me?, once a comedian, always a comedian. Wearing the straightest of straight faces, McCarthy showed off her physical comedy chops when she used one of the bunnies as a hand puppet.

The audience was transfixed. Amidst an emotional night, many agreed that the rabbit was a charmer. And it was one of the affair’s funniest moments— but everyone wanted much more from it.

The rabbit may not have had a category to win last night, but see below for all the ways it scored top honors.

Shine on, rabbit. Until next year, when it’s just you up there, running the whole show. 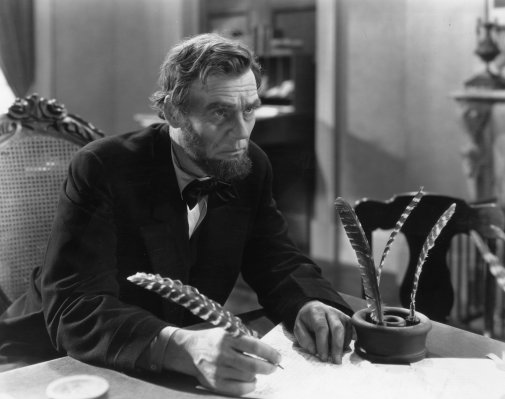 'Honest Babe.' People Are Having a Hard Time Keeping It Together Thanks to This Chiseled Abraham Lincoln Statue
Next Up: Editor's Pick