A video of an uncomfortable exchange between Sen. Dianne Feinstein and a group of visiting children and adolescents expressing their support for the Green New Deal has gone viral.

The youth, who were students from around the Bay Area, dropped by Feinstein’s office on Friday to present her with a letter urging her to support the bill, which was initially proposed by Rep. Alexandria Ocasio-Cortez and Sen. Edward J. Markey. The Green New Deal is a comprehensive plan which includes switching the entire county’s electricity to power sources that are renewable and have no emissions, making the country’s buildings more energy efficient and investing in electric vehicles and high-speed rail.

The environmental activist group, Sunrise Movement, released the video of the confrontation and tweeted that the California senator treated the group of about 15 young people with “smugness” and “disrespect.”

As the kids continue to push back at her, urging her to vote “yes” on the Green New Deal even if it is unlikely to pass, Feinstein becomes visibly frustrated and starts to talk over the group.

“You know what’s interesting about this group? I’ve been doing this for 30 years. I know what I’m doing,” Feinstein says. “You come in here and you say it has to be my way or the highway. I don’t respond to that. I’ve gotten elected. I just ran. I was elected by almost a million vote plurality. I know what I’m doing. So maybe people should listen a little bit.”

When a teen tells Feinstein that she should listen to them, because they are her voters, Feinstein responds by asking the girl how old she is. When the girl responds that she is 16, Feinstein says, “Well you didn’t vote for me.”

She says to the group, “You know better than I do, so maybe one day you should run for the Senate and then you do it your way. In the meantime I just won a big election.”

Soon afterward, people who appear to be Feinstein’s aides hustle the children out of her office. Feinstein refuses to allow the group to read their letter to her, telling them that she “can read” and doesn’t have the time to listen to them.

As the group leaves the office, a young woman turns to the camera.

“We were met with a fair amount of condescension, to be perfectly honest,” the woman says.

Feinstein responded to the incident later on Friday in a statement, which she released on Twitter.

“This morning I spoke with a small group of children, young adults and parents from the Sunrise Movement, who were delivering a letter in support of the Green New Deal resolution. Unfortunately, it was a brief meeting but I want the children to know they were heard loud and clear. I have been and remain committed to doing everything I can to enact real, meaningful climate change legislation,” Feinstein wrote.

The Sunrise Movement released their own statement on Twitter, writing that Feinstein showed “stale, establishment thinking.”

“Sen. Feinstein seems stuck in the past. But we are going forward, one way or another,” the group wrote. 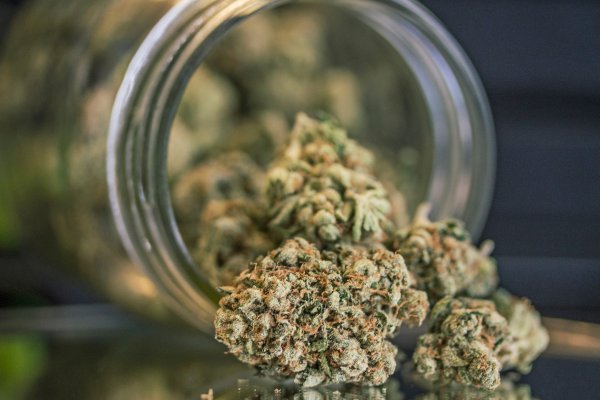