Trump and Kim Could Declare an End to the Korean War After Seven Decades. How Are the U.S. and North Korea Still at War?

When U.S. President Donald Trump and North Korean leader Kim Jong Un meet in Hanoi on Wednesday for their second summit, observers around the world will be waiting to see if the two announce any steps forward on the establishment of a permanent peace on the Korean Peninsula. With South Korea and North Korea having already declaring during a historic summit last April that “there will be no more war” there, the possibility seems to some to be in reach for the first time in decades.

On Monday, Kim Eui-kyeom, a spokesman for the South Korean President Moon Jae-in, suggested as much. “The North and the United States are the only ones remaining, and if the two declare an end to the war, it will mean that all the four countries that fought war on the Korean Peninsula have declared an end to war,” he said, according to The New York Times. (The U.S. and China, the fourth combatant, aren’t at war because of the normalization of relations that took place in the ’70s.)

Peace is a grand hope — and yet, in this case, it can also be a somewhat confusing one. After all, the conflict in question happened in the early 1950s and the U.S. Congress never formally declared war.

The Korean War began in the summer of 1950, nearly 70 years ago, when on June 25 North Korean tanks crossed the 38th parallel, the somewhat arbitrary boundary established by World War II victors as a line between the two Koreas. Shortly after, President Truman told the American public that the U.S. would be cooperating with the U.N. Security Council as it defended South Korea against the invasion.

As Truman described the series of events in statement reprinted in the July 3, 1950, issue of TIME:

So nearly five years after the formation of the United Nations, 48 member countries (and seven-non members) contributed or pledged to contribute equipment, aid or forces to the Korean War. About two dozen of these nations would end up providing ground troops for the conflict, and the U.S. was put in charge of putting those troops to work. U.N. Security Council Resolution 84, adopted July 7, 1950, “recommends” that “members providing military forces and other assistance” will be part of a “unified command under the United States of America.”

But Truman didn’t seek a formal declaration of war, a power that the U.S. Constitution reserves for Congress. Historians now know of several reasons why. From a personal standpoint, Truman was worried that asking Congress for a war declaration would open a Pandora’s box and that ensuing debate could backfire and hurt him politically, as historian Michael Beschloss has argued. After all, with the Cold War was heating up and the atomic age in full swing, there was a fear that formal war declarations could escalate quickly — and that the fate of the entire world hung in the balance.

“The sense was, we’re in a new era with nuclear weapons, and you had to put a lid on escalation so that it didn’t become the nuclear version of World War II,” says Sarah Kreps, a Professor of Government and Adjunct Professor of Law at Cornell University and author of Taxing Wars: The American Way of War Finance and the Decline of Democracy.

So in 1953, when U.S. Army Lt. Gen. William K. Harrison Jr. signed the armistice that ended roughly three years of fighting in Korea, he did so as a representative of that U.N. command. North Korean General Nam Il, who also represented China, signed it too. However, the document was a ceasefire, not a permanent treaty. South Korea didn’t even sign the 1953 armistice because it felt its interests weren’t fully represented. A week after the signing of the armistice, a TIME correspondent reported that the parties involved admitted that the end product was “pretty lame.” And since then, the terms of the armistice have been repeatedly violated.

However, at the time, the combatants made do with a temporary measure. After all, they thought they’d have a real peace soon enough. Grand plans were in the works to hammer out a permanent peace treaty — including plans for a unified Korean government — at the 1954 Geneva Conference. However, the parties at the conference couldn’t agree on how their discussions would even function. No peace treaty was forthcoming.

So, because South Korea didn’t sign the armistice back in 1953, that means that that South Korea and North Korea are still technically at war. As for the U.S., “you could argue that the U.S. and North Korea are technically still at war as well since the U.S. is a participant in the conflict as the head of the U.N. command,” says Charles K. Armstrong, an expert on Korean Studies at Columbia University. “The U.S. and North Korea have not resolved the condition of war in which they entered in June 1950, under the U.N. flag.”

If the two leaders did declare “a permanent peace” this week, it would be symbolically significant, experts say, but it wouldn’t really have teeth. In fact, there are signs that what Trump and Kim might declare would be perhaps one step beyond what happened in 1953, but still not the full peace was hoped for from the Geneva Conference. While expressing optimism about the idea that the U.S. and North Korea might announce they are no longer at war, Moon Jae-in’s spokesperson also clarified that a formal peace treaty wouldn’t be possible until “the end stage of denuclearization.” In addition, just as Congress formally declares war, Congress would still have to approve any formal peace treaty.

But, Kreps says, in a war that’s theoretically been going on for more than half a century without hostilities, there’s perhaps something more immediately important than peace: those North Korean nuclear arms, which are also on the table this week.

“[They are] the only source of international leverage it has, a consideration that has nothing to do with whether it remains ‘at war’ with the United States,” Kreps says. “You can have the progress on ending nuclear weapons and not make progress on ending the war.” 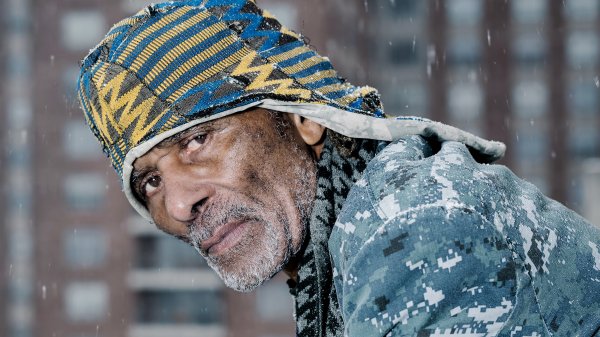 Is If Beale Street Could Talk Based on a True Story? The Answer Is Complicated
Next Up: Editor's Pick