Leading House Democrats told newly installed Attorney General William Barr on Friday that they expect him to relay the bulk of Special Counsel Robert Mueller’s forthcoming report into Russian collusion in the 2016 election to Congress — even the classified portions.

“We write to you to express, in the strongest possible terms, our expectation that the Department of Justice will release to the public the report Special Counsel Mueller submits to you — without delay and to the maximum extent permitted by law,” six chairs of the most powerful committees in the House of Representatives wrote in a letter to Barr on Friday.

They also specified that any parts that must be redacted should be submitted to Congress — along with the rationale for doing so — so that lawmakers can assess the necessity of such omissions.

The group also told Barr they expect to receive any other information and materials from the Special Counsel “regarding certain foreign actors and other individuals who may have been the subject of a criminal or counterintelligence investigation.”

The lawmakers argued in their letter that it was essential Congress receive this information to hold the President accountable, because longstanding Justice Department policy indicates a sitting President cannot be indicted.

“Congress could be the only institution currently situated to act on evidence of the President’s misconduct. To maintain that a sitting president cannot be indicted, and then to withhold evidence of wrongdoing from Congress because the President will not be charged, is to convert Department policy into the means for a cover-up,” they wrote.

The list of demands, now formalized in writing, heightens the possibility of a legal showdown between Congress and the Justice Department if the Democrats do not feel their expectations are met. Now that they hold the majority in the House, Democratic lawmakers are armed with subpoena power – something Nadler told TIME he would use to obtain Mueller’s report if necessary.

“I think it’s imperative that the Mueller report, when he issues it, be a public report,” Nadler told TIME last December. 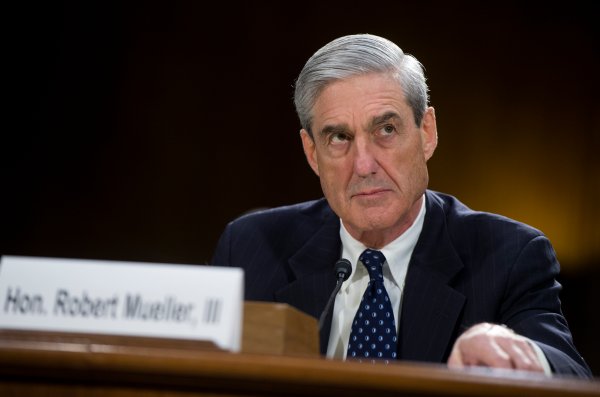 How the GOP Response to Mueller Breaks With History
Next Up: Editor's Pick