Empire actor Jussie Smollett has been removed from the show’s final episodes in its current season following his arrest for allegedly faking a hate crime attack, producers for the Fox drama said.

Smollett, who plays the openly gay character Jamal Lyon on Empire, is being written out of the show one day after Chicago police said his claims of being the victim of a hate crime attack were part of a hoax. Now, Smollett is facing a charge of disorderly conduct for filing a false police report. He turned himself into police on Thursday and was released that afternoon after posting a $100,000 bond.

Fox, which airs Empire, had maintained support for Smollett since he reported being the victim of a hate crime on Jan. 29. On Friday, the show’s executive producers, Lee Daniels, Danny Strong, Brett Mahoney, Brian Grazer, Sanaa Hamri, Francie Calfo and Dennis Hammer, said in a statement that the case had taken an emotional toll on all of them. Smollett will not appear in the last two episodes of this season of Empire, they said. The show, currently in its fifth season, will air the remaining episodes starting March 13.

“Jussie has been an important member of our Empire family for the past five years and we care about him deeply,” the producers said. “While these allegations are very disturbing, we are placing our trust in the legal system as the process plays out. We are also aware of the effects of this process on the cast and crew members who work on our show and to avoid further disruption on set, we have decided to remove the role of ‘Jamal’ from the final two episodes of the season.”

Smollett told police on Jan. 29 that he was beaten by two men who yelled racial and homophobic slurs, slung a noose around his neck and threw chemicals on him. Following weeks of investigation, Chicago police said Thursday that Smollett had staged the attack because he was unhappy with his pay. He is alleged to have paid two men $3,500 by check to carry out the fake attack.

Smollett’s case, and the seriousness of his allegations, drew tremendous attention from the media and public at large. The actor, who is black and openly gay, had significant support from advocates and politicians, including Senators Kamala Harris and Cory Booker — both on the Democratic slate of presidential candidates in 2020 — who both said the attack on Smollett as initially reported was a “modern-day lynching.”

Smollett has denied the accusations. A statement form his legal team on Thursday said Smollett is a “young man of impeccable character and integrity who fiercely and solemnly maintains his innocence and feels betrayed by a system that apparently wants to skip due process and proceed directly to sentencing.” 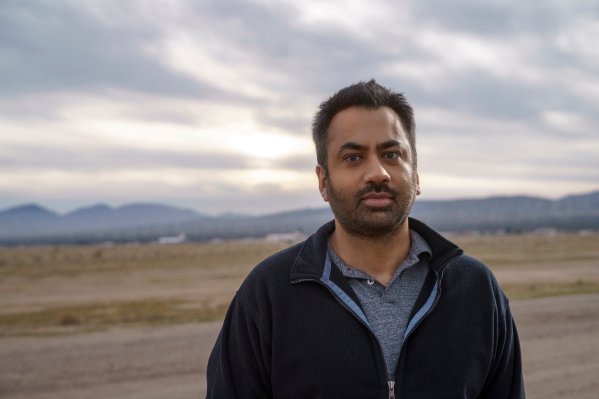 Amazon's This Giant Beast That Is the Global Economy Takes Liberal-Bro Humor on a World Tour
Next Up: Editor's Pick