Stephen Colbert is not taking the Jussie Smollett news lightly. After the Empire star was taken into custody with felony charge of disorderly conduct for allegedly filing a false police report, Colbert dedicated part of Thursday’s episode of The Late Show to denouncing Smollett’s actions.

At a Thursday morning press conference, Chicago police said that Smollett staged a fake hate crime attack on himself because he was unhappy about his Empire salary. The case has garnered national interest in the weeks since Smollett first reported the alleged attack to police.

“It’s depressing. It’s a horrible affront to actual victims of hate crimes. And it’s done horribly because it sets back the credibility,” Colbert said. “There’s no good reason to do something like this, but Smollett had a particularly bad one.”

However, as per usual, Colbert also had a few jokes up his sleeve. “Look, I’m no expert. But if you’re going to fake a white supremacist hate crime, hire two white guys,” Colbert quipped referencing the allegation that Smollett hired two Nigerian brothers to carry out the staged attack. “This is one place where you don’t want diversity.”

Smollett turned himself into police early Thursday but was released that afternoon after posting a $100,000 bond set at a hearing earlier in the day. 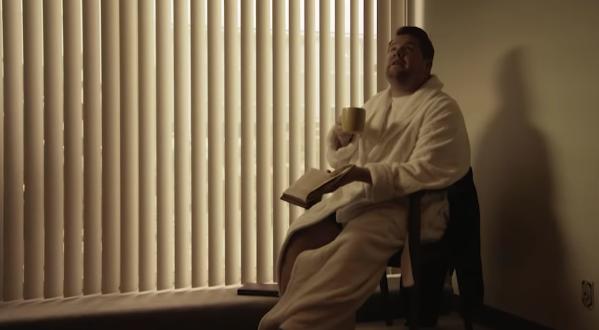