Without a host, many wondered whether the 91st Academy Awards would be able to entertain viewers of the broadcast seamlessly. But the 2019 Oscars began on a high note—with a Queen performance.

Adam Lambert and the surviving members of Queen opened Sunday’s ceremony with some of the band’s greatest hits to celebrate Best Picture nominee Bohemian Rhapsody.

Lambert, the American Idol runner-up who sang “Bohemian Rhapsody” in his 2009 audition for the show, is no stranger to the group, and more specifically, the vocal stylings of late lead singer Freddie Mercury. Lambert has toured internationally with original Queen members Brian May and Roger Taylor (who served as executive producers on the film) since 2011.

The band performed “We Will Rock You” to a rollicking audience and followed up with “We Are the Champions.”

Bohemian Rhapsody has been recognized in four categories at the Oscars apart from Best Picture, including Film Editing, Sound Editing, Sound Mixing and a Best Actor nomination for Rami Malek, who portrayed Mercury. 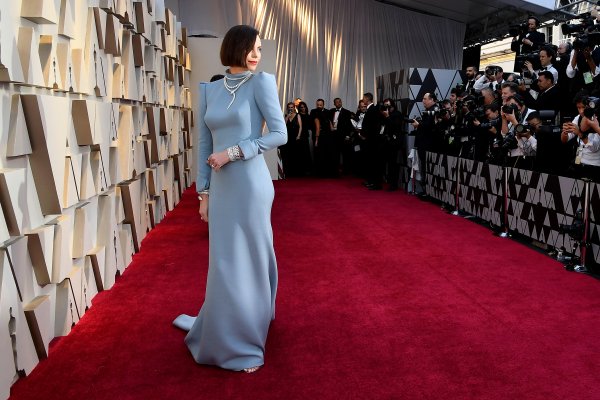 Charlize Theron Showed Up to the 2019 Oscars With a Surprising New Look
Next Up: Editor's Pick