The influenza virus is a particularly nasty bug, thanks in no small part to how rapidly it mutates. Every time the flu virus changes, it becomes harder for humans to develop an immunity. Even our best external defense against influenza, the flu shot, is based on experts’ best guess as to which flu strain or strains are most likely to be prevalent during a given flu season. Sometimes they’re right — this season’s vaccine has turned out to be a relatively good match for the strains currently in circulation. But sometimes they get it wrong, potentially leading to a more severe flu season. And influenza can extract a enormous toll, killing tens of thousands of people every year in the U.S. alone and resulting in billions of dollars in hospitalization costs, not to mention lost productivity.

Is there a more precise way to fight the flu? The team at Berg, a Boston-based pharmaceutical startup, thinks so. Working alongside French pharma giant Sanofi, Berg is using artificial intelligence and machine learning to better understand the flu and, hopefully, find new ways to stop it.

Berg’s researchers have been taking data (like mRNA variations and concentrations of metabolites and proteins) from hundreds of patient samples exposed to the flu vaccine, then running that information through a sophisticated artificial intelligence algorithm. In so doing, Berg’s team hopes to better understand the biological processes that trigger an effective immune response to the flu.

Niven Narain, Berg’s co-founder and CEO, says such an understanding could help create more precise, and therefore more effective, flu shots. It could even pave the way for personalized flu prevention, with people receiving customized vaccines designed to induce a better response in their particular immune system. That would represent a radically different approach than the World Health Organization’s (WHO) annual task of collecting different flu samples from around the world to decide which strains to include in each year’s shot.

“The work is really important because we obviously want to have more efficacy and protection against the flu,” says Narain. For him, that means coming to “understand the biology of the patients who the vaccine has worked for, so that we can discover biomarkers of prediction [and make] the process more efficient.”

Other flu experts say more precise vaccines could be the next frontier in the fight against influenza.

“Even though we have a vaccine we’ve been using for decades, we really don’t have a handle on exactly what type of response a new vaccine should be inducing to give us the best protection,” says Richard Webby, director of the World Health Organization Collaborating Centre for Studies on the Ecology of Influenza in Animals at St. Jude Children’s Research Hospital. He’s among the elite group of health professionals who advise the WHO on which flu strains should go in each year’s vaccine. “Any efforts looking at that question are really important — I’d say it’s exactly what [Berg] is doing,” adds Webby, who isn’t affiliated with Berg.

Jacco Boon, an assistant professor of medicine specializing in influenza virology at Washington University in St. Louis, says AI-related efforts similar to Berg’s work have already revealed new information about the human immune response to the flu. “What we can detect, and in what volumes, have all gotten better over time,” says Boon.

Still, Boon adds that, even if successful, Berg’s work is unlikely to result in better flu vaccines for patients for at least a few years.

Other researchers are using AI to try to get ahead of the flu from other angles. Roni Rosenfeld, a computer scientist at Carnegie Mellon University, is using machine learning to forecast the spread of influenza by training an algorithm on data from doctors’ offices and hospitals, as well as social media posts, Google search trends and retail information, among other sources. Much of the challenge in Rosenfeld’s work is in figuring out what an ongoing outbreak even looks like, given the available data. “Unlike weather forecasting where measuring what the weather is right now is not that difficult in principle, in flu forecasting you have the additional problem … that knowing the current state of the world is not that trivial,” he explains. In other words, a significant part of flu forecasting is figuring out where the disease is present at a given moment. “A large part of what we do is not forecasting, but ‘now-casting,'” he says.

The Centers for Disease Control and Prevention (CDC) has long been conducting surveillance of flu trends, but in recent years it has encouraged groups like Rosenfeld’s to develop forecasting techniques. And starting last year, the CDC began posting an aggregation of those labs’ forecasts (including Rosenfeld’s) online, so that both medical professionals and ordinary citizens can see where the flu is prevalent and where it is likely to spread.

Even with Berg’s work and similar efforts, we’re still a long way from a universal flu vaccine, long considered the holy grail of influenza research. But that doesn’t mean there isn’t room for plenty of improvement along the way, experts say. “Any studies in this area that are going in with this kitchen-sink approach are going to tell us something that’s going to be useful,” says Webby. “Whether it’s transformative or not, only time will tell, but I think it’s absolutely worthwhile.” 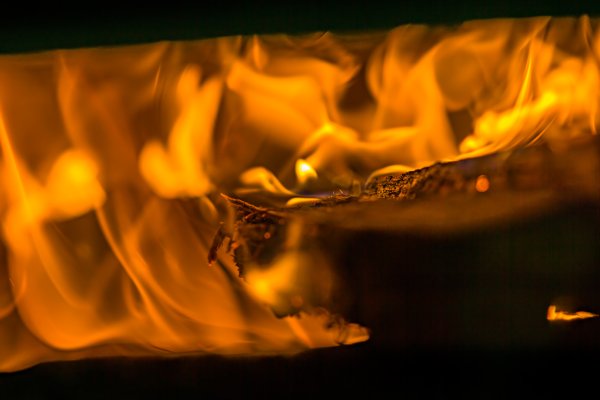 A Cancer Patient's Radioactive Remains Are Raising Fears of Contamination
Next Up: Editor's Pick