Rep. Alexandria Ocasio-Cortez has hit back at a New York City billboard denouncing her criticism of Amazon’s now-cancelled plan to open a new headquarters in Queens.

After a conservative group called the Job Creators Network put up a digital ad in Times Square attacking Ocasio-Cortez for allegedly contributing to the loss of NYC jobs and wages, the 29-year-old congresswoman took to Twitter to call out the “billionaire-funded” organization.

“Few things effectively communicate the power we’ve built in fighting dark money & anti-worker policies like billionaire-funded groups blowing tons of cash on wack billboards (this one is funded by the Mercers),” she tweeted, referencing conservative mega-donors Robert and Rebekah Mercer, who have close ties to the Trump administration. “P.S. [The] fact that it’s in Times Sq[uare] tells you this isn’t for/by [New Yorkers].

Ocasio-Cortez then doubled down by invoking a scene from The Office in her takedown of the billboard.

“Billionaires paying to put up anti-progressive propaganda in Times Square is like the obscenely rich version of the scene where Michael Scott points to the Bubba Gump and saying ‘This is it, this is the heart of civilization, right here,'” she wrote. 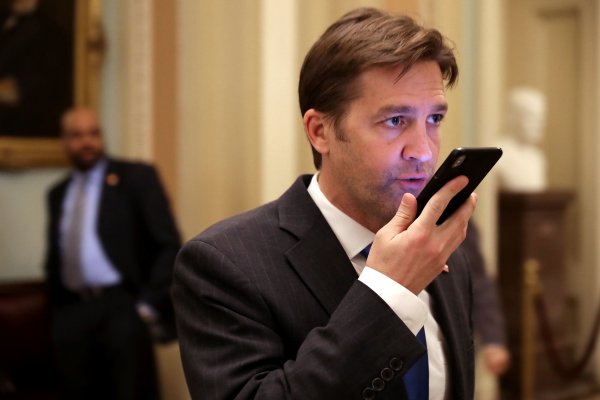 Someone Is Using Fortune Cookies to Troll Sen. Ben Sasse. And He Thinks It's Hilarious
Next Up: Editor's Pick