With the Academy yet to name a new host for the 2019 Oscars since Kevin Hart stepped down in December, it has seemed like the ceremony may go on without someone running the show. But thanks to a little viral detective work, some people are now speculating that Whoopi Goldberg may be the surprise host of the 91st Academy Awards.

Despite her The View co-host Joy Behar denying the rumor that Goldberg has been secretly tapped as this year’s Oscars host, some people on the Internet seem to think that Goldberg’s recent absence from the talk show means otherwise.

“Whoopi’s still out. She’s not feeling well. And there are all these conspiracy theories that she’s not really sick. She’s secretly preparing to host the Oscars,” Behar said during Thursday’s episode of The View. “But she’s actually recovering from pneumonia. That’s what she had, it’s a serious thing. So I don’t think she’s going to be able to host the Oscars and I’m sure she’s very disappointed.”

Behar’s comments came in response to a tweet from CBC Arts producer Peter Knegt in which he outlined the evidence he seems to think supports the host Whoopi theory.

“Whoopi Goldberg’s absence from The View (she’s sick, they say) since the day after they announced her as an Oscar presenter+the fact that she’s the only previous Oscar host listed as a presenter+she openly said on The View in January that she’d be up for hosting=???” he wrote.

Knegt later issued a correction of his original tweet, noting that Goldberg said she’d be open to hosting in December, not January, and adding that The View also happens to be on the same network that broadcasts the Oscars, ABC.

“Correction: she openly said on The View in *December* that she’d be up for hosting (pre-Kevin Hart),” he tweeted. “Also additional obvious +: The View is on ABC.”

At any rate, Goldberg will be presenting alongside stars like Awkwafina, Daniel Craig and Jennifer Lopez.

Tune in to the 2019 Oscars on Sunday, Feb. 24 at 8 p.m. on ABC to see if Whoopi makes a surprise appearance as the awards show’s host. 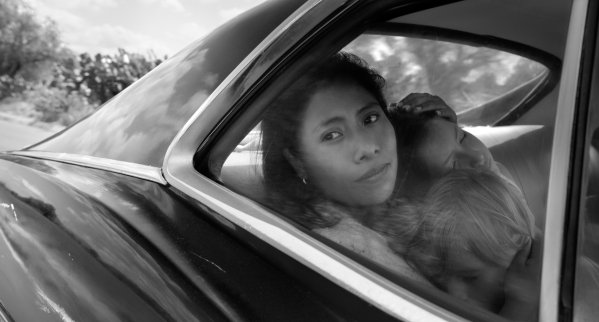 Here's Who Will Win at the 2019 Oscars
Next Up: Editor's Pick