How the Republican Response to the Mueller Investigation Breaks With History

As the Watergate scandal unfolded, Republican allies of President Richard Nixon raised questions about the partisan leanings of investigators and sought to undermine some of their conclusions.

One thing they didn’t do: Investigate the investigators.

But as Special Counsel Robert Mueller’s investigation into Russian meddling in the 2016 election progressed over the past two years, GOP lawmakers sought to defend President Donald Trump in part by digging into the investigation itself, something historians say is unprecedented in American politics.

As documented in the New York Times this week, the president’s allies in Congress have opened investigations into the FBI’s handling of investigations into former Secretary of State Hillary Clinton, received private texts from the Justice Department between two FBI officials involved in the Russia case, gone after sensitive Justice Department documents about the start of the investigation and trusted informants, and threatened to hold the deputy attorney general in contempt of Congress for refusing to provide certain documents.

Historians say this marks a new era of hyperpartisanship that will likely erode trust in traditionally independent law enforcement agencies.

“What Republicans have done recently is to take the whole thing to a totally new level, in that they have not just said that the Congress is being pushed by partisan incentives, but they’ve really gone hard after the law enforcement institutions,” says Julian Zelizer, professor of history and public affairs at Princeton University.

This is all evidence of “partisanship on steroids in terms of how you defend a president who is being investigated,” adds Zelizer. “It’s not just they’re even saying this on television, they’ve been investigating. They’ve been trying to use oversight as an arm of the president’s own agenda.”

Since Democrats took control of the House of Representatives in January, Republican lawmakers have found these investigations curtailed. But unconfirmed reports that Mueller may be finishing up his work soon have renewed questions about how Congress will respond if Trump is found to have been involved in some wrongdoing.

The rhetoric has been remarkably similar to the Watergate era.

Nixon’s allies in Congress levied some of the same criticism against Special Prosecutor Archibald Cox that Republicans use today about Mueller, explains Ken Hughes, an expert on Watergate at the University of Virginia’s Miller Center.

Pennsylvania Sen. Hugh Scott, the Republican Senate leader at the time, referred to Cox’s team as a “hostile adversary staff” and said they should be questioned about their “loyalty.” In a 1973 Senate Judiciary hearing, Republican South Carolina Senator Strom Thurmond asked Cox (who had been fired before the hearing), “Is it true that 11 members of your staff worked for Kennedy and Johnson?” referring to the former Democratic Presidents. “I’m wondering how the special prosecutor’s office could conduct an objective investigation.” A 1973 New York Times article about the hearing said it “fell into partisan bickering … as two Republicans tried to portray Mr. Cox and his staff as indiscreet Democrats out to get the President.”

It’s hard not to hear echoes of Scott’s comments Thurmond’s questions in today’s climate. House Republicans have accused Mueller of bias: for example, “It’s just outrageous to see this biased Mueller probe continue,” GOP Florida Rep. Matt Gaetz has said. Trump himself has made repeated assertions that Mueller’s investigation is “rigged” and a “witch hunt” and that his team is composed of “13 angry Democrats.”

The defense also has an echo: Cox noted at the time that about half of the top men in his department had served under Republican attorneys general; while Mueller himself is a registered Republican.

Many Republicans stuck by Nixon until irrefutable evidence emerged of his guilt: a taped conversation in which Nixon told his chief of staff to ask the acting director of the FBI to halt the investigation into the Watergate break-in. “For a very long time, when there was a whole lot of evidence of wrongdoing going up to the presidential level, a majority of Republicans stuck with President Nixon for partisan reasons,” says Hughes, who spoke with TIME as part of a presidential history partnership.

But historians note that congressional Republicans under Nixon didn’t use their oversight powers to try to interfere with the Watergate investigation as some House Republicans are doing today with Mueller, in part because they weren’t able to: Democrats controlled both chambers of Congress during Watergate.

“Nixon did not have congressional attack dogs,” says Timothy Naftali, history professor at New York University and co-author of the 2018 book “Impeachment: An American History.” “He had defenders, who were quite vocal in their defense of him, but they did not engage in smear tactics in the kind of aggressive crusade that [GOP California Rep.] Devin Nunes and Gaetz and [GOP Ohio Rep. Jim] Jordan and [GOP North Carolina Rep. Mark] Meadows apparently have engaged in.”

The assertive use of oversight to go after investigators has fed the distrust of Mueller’s work along partisan lines.

A Washington Post/Schar School poll from February 2019 found a majority of respondents — 56% — said they think Mueller is more credible than Trump. But the partisan split is stark: 86 percent of Democrats polled said they trusted Mueller, while 74% of Republicans said they would believe Trump. It’s highly unlikely Mueller’s final report will include the same type of smoking gun that Nixon’s tapes provided in the Watergate probe. Which means faith in the integrity Mueller’s work will, in many ways, be the ultimate deciding factor in whether Trump is impeached.

“What this has done is really poisoned the way in which many Republicans think about the investigation, and it will make it harder when a report comes out, if it is damning, to build political support for doing anything about it,” says Zelizer. “It’s not as if these attacks are going to stop. They’re going to accelerate the closer we get to the report.” 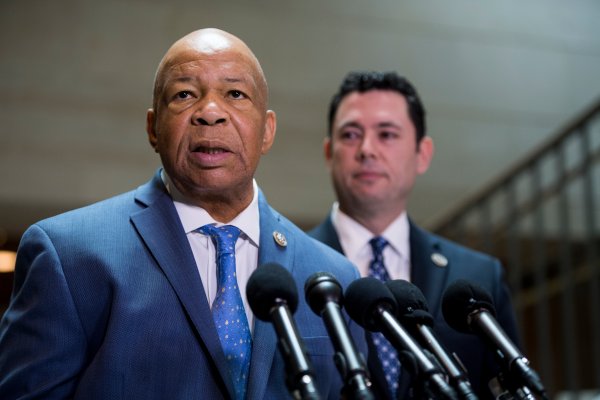