Vaccine laws are currently decided at the state level. While all 50 states require certain vaccines for students, all but three — California, Mississippi and West Virginia — allow non-medical exemptions for people who have either religious or philosophical beliefs contrary to vaccination.

But with preventable diseases like measles popping up with new force — especially in states with widespread vaccine exemptions, such as Washington — Gottlieb told Axios that the federal government may have to step in. Measles was declared eliminated from the U.S. in 2000 but has been creeping back due to gaps in vaccine coverage. Seventeen measles outbreaks were recorded in the U.S. last year, contributing to a total of 372 reported cases, and 127 cases in 10 states have been recorded so far in 2019.

“It’s an avoidable tragedy,” Gottlieb told Axios. “Too many states have lax laws.”

Speaking with CNN, Gottlieb added that some states’ widespread exemptions are “creating the opportunity for outbreaks on a scale that is going to have national implications” and could “force the hand of the federal health agencies.”

Gottlieb’s comments were hypothetical, and the FDA has not yet announced any firm plan or details; it’s unclear if or when it will. But medical groups including the American Medical Association (AMA), the American Academy of Family Physicians and the American Academy of Pediatrics have for years opposed vaccine exemptions, except in cases where an allergic reaction or medical condition could make immunization dangerous. In a 2015 release from the AMA, board member Dr. Patrice Harris argued that, “protecting community health in today’s mobile society requires that policymakers not permit individuals from opting out of immunization solely as a matter of personal preference or convenience.”

“That’s why we have different laws in every state: so the citizens of that state can decide how they want to run things,” Zedler said.

The Centers for Disease Control and Prevention (CDC) keeps a list of recommended vaccinations for people of all ages. The CDC and other health agencies recommend high rates of vaccination to keep population infection rates low, especially for highly contagious conditions like measles and influenza. Vaccinated individuals are less likely to get sick and spread disease, creating a ripple effect that reduces the overall amount of contagion in a population.

The World Health Organization’s Global Vaccine Action Plan also aims to “reach everyone with vaccines by 2020.” And last year, it issued a report blaming spiking worldwide measles incidence on gaps in vaccine coverage.

National vaccine laws are more common in Europe, where countries including Bulgaria, Croatia, the Czech Republic, France, Greece, Hungary, Latvia, Poland and Slovakia have made certain vaccines mandatory. In Italy, where anti-vaccine sentiment is common, lawmakers implemented such a standard in 2017 in response to measles outbreaks, but the country’s populist coalition government voted to reverse the policy last year. 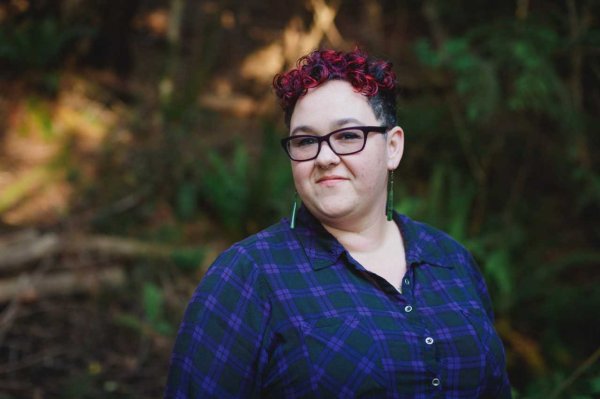 Why a Mom Vaccinated Her Kids After 15 Years
Next Up: Editor's Pick