The Most Memorable Moments in Oscar Hosting History

At the 1989 Academy Awards, Robert Downey Jr. looked on with disgust as Rob Lowe and Snow White (played by Eileen Bowman) fumbled their way through a turgid, off-key parody of “Proud Mary.”

Thirty years later, the Academy announced that they were looking to Downey Jr., among others, as a solution to a now infamously hostless Oscars. The Hollywood Reporter reported in January that the show’s producers were attempting to reunite as many Avengers as possible in an attempt to save face after an embarrassing turn of events in which Kevin Hart accepted the hosting job and then stepped down after a backlash. (With a few days to go until the ceremony, Downey Jr. has not been announced as a presenter, though fellow Marvel superhero actors Chris Evans, Chadwick Boseman and Brie Larson have.)

It remains to be seen whether the Oscars will pull out a surprise host—rumors have circulated that Whoopi Goldberg might fill the gap—or rely on presenters and performances to keep things moving. But whoever faces the pressure to guide viewers through the evening can take solace in the fact that the 90 years of Oscars history is littered with stars who weathered uneven hosting duties and lived to tell the tale. Underprepared and disorganized hosts aren’t an anomaly—they’re practically tradition. Here are some of the most memorable hosting turns, for better or worse, over Oscars history.

The first Oscars were hosted by the silent film star Douglas Fairbanks and the writer/director William C. deMille (whose brother Cecil’s name is now inscribed on the Golden Globes’ annual honorary award). The entertainment value of this industry party for 270 guests was limited, to say the least. “It was probably very formal, a very serious affair,” Donelle Dadigan, the president and founder of the Hollywood Museum, tells TIME. Tickets cost $5, there was no red carpet and the presentation ceremony lasted only 15 minutes.

When the Oscars were first broadcast in 1953, Bob Hope was chosen to be the first master of ceremonies. Hope, a comedian and vaudevillian, was an apt choice to present in front of a vastly bigger audience: he had hosted three times before and brought a mixture of buoyant charm and self-deprecation to the monologue. He spent most of his time roasting television as a medium, to the delight of a room full of film stars: “Television: that’s where movies go when they die.” He wound things down with a tone of Hollywood self-importance that was typical for the era: “Movies are still your best entertainment—it’ll always be your best entertainment.”

1968: Hope is unprepared for a fraught moment

Hope would remain a steady presence at the Oscars through the ’60s, unflinchingly trotting out zingers and duds alike and lampooning himself for his own lack of nominations. “Not only wasn’t I nominated—on Hollywood Boulevard they just put a manhole cover over my star,” he joked in 1962.

But at the age of 64, he was woefully unprepared to adapt to a shifting culture when the Oscars were postponed for two days due to the assassination of Martin Luther King Jr. Instead of addressing the gravity of the moment, Hope, wearing a white bow tie, made an off-color attempt to defuse the situation: “It’s been tough on the nominees. How would you like to spend two days in a crouch?”

When he predictably turned to Hollywood reverence at the end of the show, he compared movie pioneers to the recently murdered King, saying, “The men who began our industry had one thing in common with the man from Atlanta: they had a dream.” It was to be his last time hosting the ceremony for several years, though he was invited to return twice in the 1970s.

The Oscars were hosted by committee throughout the 1970s, perhaps due to the Academy’s lack of trust in any one star. That skepticism was proven correct when Charlton Heston, who was meant to open 1973’s show with a riff on The Ten Commandments, failed to turn up in time, apparently due to a flat tire on the freeway.

Instead, organizers sent out a disgruntled Clint Eastwood, who did not hesitate to throw everyone else under the bus. “This is supposed to be Charlton Heston’s part of the show, but somehow he hasn’t shown up. So who do they pick? They pick the guy who hasn’t said but three lines in 12 movies to substitute for him,” he said. He then snipped at the cue card holder after he flubbed Heston’s biblical lines: “Come on, flip the card, man. This isn’t my bag.”

1983: Liza Minnelli does her best with a messy musical number

Over the next decade, confusion would continue to play a large role in the ceremonies. Liza Minnelli was given eight minutes to prance around the stage reenacting moments from her own career in 1974; a spacey, modern dance number from Ann-Margret was placed back-to-back with lacerating racial commentary from Richard Pryor in 1977.

But the height of gaudy, clashing maximalism arrived in 1983, when organizers sent all four hosts—Minnelli, Pryor, Walter Matthau and Dudley Moore—out to begin the show with a hokey opening song. Only Minelli fully committed to the bit, while Pryor swung his arms around and substituted lyrics with nonsense syllables. Moore coughed through his lines, while Matthau warbled off-tune and then, in a display of breathtaking awkwardness, held Minnelli’s hand for a less-than-rousing finale.

But no show would become more infamous than the 1988 debacle. Over an interminable 11 minutes, a squealing Snow White was paired with a lumbering Merv Griffin and then a strained and discombobulated Rob Lowe. The number resulted in a lawsuit from Disney and a permanent dent in producer Allan Carr’s Hollywood career.

Lowe never lived down the snafu, although he did have the humor to joke about it on Twitter last year:

Desperately needing a savior to dig them out of the hole they’d dug themselves, Oscars organizers turned to Billy Crystal, who was just coming off a starring role in the beloved When Harry Met Sally alongside Meg Ryan in 1989. From 1990 through 1993, Crystal would bring his nimble and biting persona to an ostensibly stodgy ceremony. His peak came in 1992: After the 73-year-old Jack Palance accepted an Oscar by doing one-handed pushups, Crystal spent the rest of the night riffing on Palance’s subsequent imaginary feats of strength. “Jack has just bungee-jumped off the Hollywood sign,” he said.

David Letterman was at still at the height of his popularity when he tried fashioning the Oscars into just another night of his Late Show, introducing prickly cringe humor, forcing celebrities to participate in bits like stupid-pet tricks and gleefully undermining his own jokes. Two often-repeated words epitomized his brutal time onstage: “Oprah, Uma. Uma, Oprah.” The public introduction of these two famous women was a joke few could make sense of, and it landed with a thud. A few months later, he relinquished his ratings lead over Jay Leno, and over the next five years, the Oscars would entrust only the reliable Crystal and Whoopi Goldberg to lead the ceremonies.

While the Oscars love pageantry, one of the most memorable bits in recent memory hardly necessitated a budget at all. In a pre-taped segment, Chris Rock went to the Magic Johnson Theater in Los Angeles to interview black moviegoers about the films they saw that year, which included White Chicks and Saw but practically none of the Oscar nominees. It deflated the navel-gazing crowd but was a brilliant and subversive piece of commentary.

2014: Ellen DeGeneres in the digital age

The Academy needed to wipe the bad taste out of its mouth following a predictably lewd Seth MacFarlane outing in 2013. It had also misfired by casting two non-comedians, Anne Hathaway and James Franco, in 2011, a pairing that fell flat due to a lack of chemistry and Franco’s attitude, which was nonchalant to the point of appearing apathetic. So it turned to the safe and affable DeGeneres, who struck a careful balance between appeasing both the uptight talent in the room and the restless audience at home. While she won the room over with a light-hearted monologue, in particular teasing Jennifer Lawrence, she moved the show into the social media era by staging a star-studded group selfie, which became the most retweeted photo ever (up to that point). It showed a perfect understanding of a fact that has been true forever but has been amplified in a digital age: Even if the ceremony itself is bloated, singular moments will take on lives of their own. 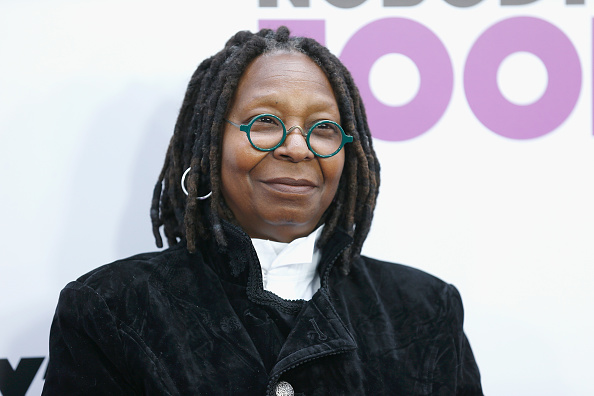 Here's Why People Think Whoopi Goldberg Might Be Your 2019 Oscars Host
Next Up: Editor's Pick