Ressa on Feb. 14 at a Manila court
Alecs Ongcal—EPA-EFE/Shutterstock
By Katie Reilly

Maria Ressa spent New Year’s Eve in Times Square, a guest of honor at a celebration of the free press. Little more than a month later, the Filipina journalist spent the night in a Manila jail over a “cyberlibel” charge brought by the government against her as executive editor of the news site Rappler.

Human-rights and journalism organizations have condemned the charge–Amnesty International called it “brazenly politically motivated”–and warned that Ressa’s arrest marks an escalation of Philippine President Rodrigo Duterte’s crackdown on the press. The arrest also comes amid growing concern about the state of press freedom globally. More than 250 journalists worldwide were imprisoned last year, per the Committee to Protect Journalists, and those like Ressa who risk their safety and lives to do that work were named the Guardians, TIME’s 2018 Person of the Year.

“The government is sending a very clear message–not just to me or to Rappler or to journalists. It’s to the entire Philippines. And that message is: they’re very powerful, be silent and follow, or you’re going to be next,” Ressa, who has dismissed the charge as “ludicrous,” tells TIME. “We can’t be silent now, especially if we’re under threat.”

The charge, which falls under the Cybercrime Prevention Act, stems from a May 2012 Rappler article reporting that businessman Wilfredo Keng was under surveillance relating to illegal drugs and human trafficking–a story published months before the act made libel punishable by up to 12 years in jail. (Keng denies the allegation.) Ressa sees the libel charge, one of several charges she now faces, as the latest attempt to stop the site from reporting on the extrajudicial killings of Duterte’s drug war–a view reinforced by the circumstances of her arrest. She spent one night in jail on Feb. 13 after being arrested in Rappler’s office that evening, late enough for her to believe she was purposefully prevented from posting bail before courts closed. “I realized that’s their point. They wanted me to go through being arrested,” Ressa says. “They wanted me to feel their power.”

“The world knows Maria Ressa’s name, so this sort of takes it up to a new level,” says Janet Steele, director of the Institute for Public Diplomacy and Global Communication at George Washington University, who studies journalism in Southeast Asia. “This sends a really bad signal to all other journalists,” she says, warning that it will have a “terrible chilling effect.”

Ressa fears the chill has already set in. Days after her arrest, the Philippine Star removed a 2002 story about Keng from its website. In a statement, the Star said “the takedown was seen as a prudent course of action” amid uncertainty about the libel law’s applications.

Duterte–who has banned Rappler staff from official events and dismissed its reporting as “fake news”–has denied that charges against Ressa have anything to do with the site’s reporting and has said he doesn’t know Keng. But journalists and human-rights advocates say Duterte and other world leaders bear blame for setting a dangerous tone.

“[Duterte] has created an atmosphere whereby the entirety of the press becomes suspect,” says Sheila Coronel, director of Columbia University’s Toni Stabile Center for Investigative Journalism, who has reported in the Philippines. “The creation of an uncivil space that attacks professional newsgathering–you see that all over the world, even in the more advanced democracies.”

Ressa has no plans to let that stop her. In fact, just the opposite.

“I’m going to hold them accountable. Government officials, they’ve been acting with impunity on so many fronts. But I will use my voice. I’m a citizen of this country. They have violated my rights,” she says. “And every time they do it, I will not just bear witness as an individual. I will speak.”

Most Popular on TIME
1
Switzerland, Germany Struck With Near Record Snowfall
2
Dr. Bonnie Castillo on How Nurses Fend for Themselves During COVID-19
3
Everything You Need to Know About Nurse Ratched Before Watching the New Netflix Show 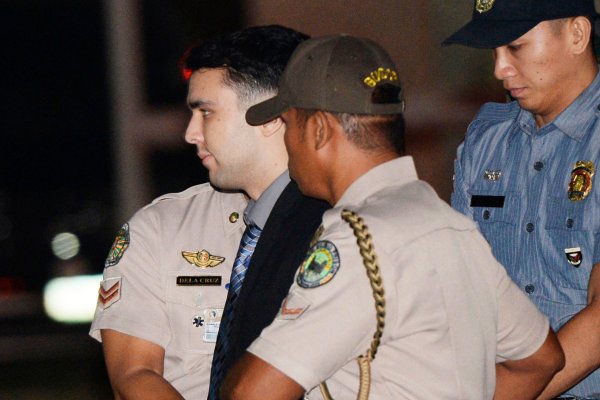