Remembering the Originality of Karl Lagerfeld

Humans who make beautiful things are not always beautiful people, at least not in the way we’d like them to be. But if Karl Lagerfeld, who died on Feb. 19 at 85, wasn’t always kind–he was well known for his wicked, sometimes cruel quips–he was so exquisitely distinctive, as a personality and as a designer, that ignoring him was impossible.

Born to an affluent German family, Lagerfeld grew up on a lavish estate near the Danish border, though his childhood wasn’t necessarily easy: he spoke often, with a kind of tempered affection, of his tyrannical mother. The young Lagerfeld began his career as an assistant to couturier Pierre Balmain, in 1955, eventually moving on to design for Jean Patou, Chloé and Fendi, where he served as creative director until his death.

But the designer’s longest and most famous association is with the house of Chanel, which he joined in 1983. Coco Chanel had revolutionized fashion by introducing easy-fitting but impeccably constructed garments that freed women from constriction, but by the 1970s, even her tastefully classic shapes had become stale. Lagerfeld swooped in like wind through an open window. His clothes were fresh and invigorating, season after season, even as they maintained proper respect for his forebear: he’d pair her trademark supple tweeds with biker jackets, or fashion her staid bouclé into swingy ponchos, fusing tradition with glamorous modernity.

Lagerfeld’s signature look–stiff Victorian shirt collar, dark glasses, steel silver ponytail–was itself an extreme, dazzling work of invention. But where’s the line between self-caricature and irreproducible originality? Lagerfeld walked it like a dancer. His steps can never be duplicated. 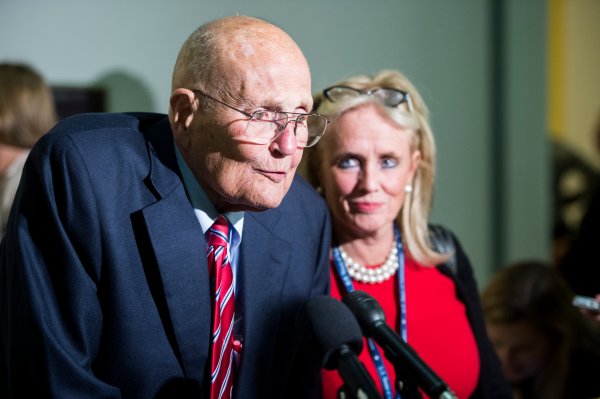