In early 2018, folk-music torchbearer Rhiannon Giddens decamped to Breaux Bridge, La., with minstrelsy on her mind. In her early work with the Grammy-winning bluegrass band the Carolina Chocolate Drops and across two solo albums and a role in the TV series Nashville, Giddens has been as much a historian as a singer and banjoist. She’s won acclaim, including a MacArthur Foundation “genius” grant, for her attention to America’s folk traditions, but she felt that minstrelsy, with its troubled history, remained relatively unexplored.

“It had such a gargantuan effect on American culture, world culture,” Giddens says of the genre, which took root in the 1820s and ’30s. “This was the first time that tunes were written down. So I’ve been going at it from a musicology point of view, rather than looking at it as blackface and running screaming from the room.”

For the Louisiana trip, she enlisted three of her favorite contemporary musicians: Leyla McCalla, Allison Russell and Amythyst Kiah, all, like Giddens, black women with a focus on the banjo and early American string-music traditions. All four brought original songs to the sessions, and their collaboration quickly expanded beyond its initial historical focus. The resulting album, Songs of Our Native Daughters, which comes out on Feb. 22, has one foot in acoustic minstrel sounds but is also a tribute to the strength and resilience of black women in the antebellum era.

“We talked a lot about the experience of the black family and how divided black families were during slavery,” says McCalla. “So many children taken away from their mothers, so many husbands and wives torn apart, so many tragedies. Having the space to talk about that in 2018, to feel the reverberations in our bodies–that became one of the central points of this project.”

“Moon Meets the Sun,” for example, is a joyous one-chord roundelay led by Giddens’ rolling banjo lines, played on a replica of an 1858 instrument. “Ah, you steal our children but we’re dancing/ Ah, you make us hate our very skin but we’re dancing,” she sings, joined at intervals by her bandmates’ warm harmonies.

The group echoes this perseverant attitude in songs like “Quasheba, Quasheba,” Russell’s tribute to an ancestor who suffered during the slave trade, and “Polly Ann’s Hammer,” Kiah’s up-tempo story of John Henry’s loyal, powerful widow. “Black Myself” is a funky statement of purpose that mistreatment isn’t the full story of African-American experience: “I’m surrounded by many loving arms ’cause I’m black myself/ I’ll stand my ground and smile in your face ’cause I’m black myself.”

Giddens, on the new album: “I’ve been living in slavery time for a long time, and where I’m moving now is, ‘Look at what we’ve done.’”
African American Legacy Recordings

For Our Native Daughters, their music is an act of reclamation. The banjo, after all, is an African instrument, and the original minstrel songs–some of which, like “Oh! Susannah,” remain American standards–were a blend of European and slave traditions. As the 19th century progressed, the style effectively became America’s first pop music.

Giddens studied the rise of minstrel bands, which became a phenomenon in the 1850s when groups comprising banjo, percussion and fiddle toured the world, performing in blackface. Those bands’ impact was so great that when the Fisk Jubilee Singers made it to Europe in 1871, the first African-American group to do so, they weren’t considered “authentically” black.

“It’s a chance to tell stories that have not been talked about enough through the lens of traditional music,” McCalla says. “And since we are black women in a largely white space, to be making this statement is really important.” In 2018, the group couldn’t have had any idea that their album would come out in a moment when blackface photographs scandalized Virginia politics. Songs of Our Native Daughters offers a glimpse of the strength and solidarity necessary in dark times.

John Lingan is the author of Homeplace: A Southern Town, a Country Legend, and the Last Days of a Mountaintop Honky-Tonk. 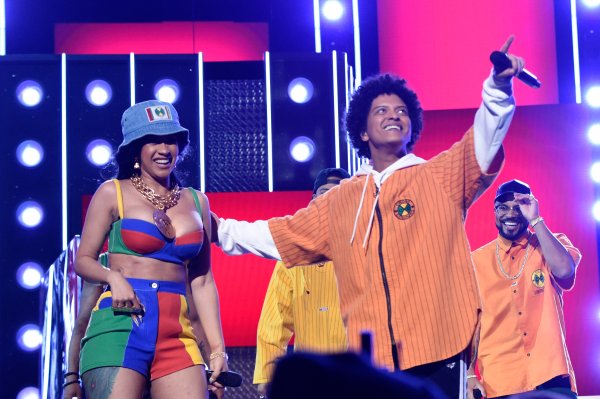