Gingerbread Is a Twisty Take on Old Tales

It would be impossible to discuss Gingerbread, the sixth novel from Helen Oyeyemi–named one of Granta’s Best Young British Novelists in 2013–without the mention of fairy tales. Just a few of the new book’s familiar elements include enchanted confectionery, talking dolls, rumors of a faraway land inaccessible by conventional means and a character with the redolent name of Gretel. And although Oyeyemi, as she has done in her earlier work, subverts these tropes through a contemporary idiom, the novel’s real enchantment is its experimentation with storytelling itself.

Gingerbread’s jacket copy gamely attempts to describe the plot: three generations of women named the Lees live together in a gold-painted flat in London–Margot, who is the mother of Harriet, who is the mother of the teenage Perdita. Perdita has reached the age of curiosity about the mysteries that surround her family, including the gingerbread recipe that is something like a family legacy or curse, and the land of their supposed origin, Druhástrana (which one character uses Wikipedia to learn is “an alleged nation-state of indeterminable geographic location”).

The setup seems simple enough, but it gets trickier from there. In an effort to connect with her Druhástranian roots, Perdita consumes a near fatal amount of the potent titular gingerbread, and it’s while she’s recovering in bed that Harriet unspools the tale of her flight from her birthplace and from her childhood–a story frequently influenced by the machinations of her friend Gretel (who has two pupils in each eye and first appears at the bottom of a well) and her family. Gretel is part Fairy Godmother, part Wicked Witch, part Tinkerbell. “All that happens when you grow up,” she tells Harriet early in their relationship, “is that your ethics get completely compromised and you do extremely dodgy things you never imagined doing, apparently for the sake of others.”

It is the project of Oyeyemi’s wildly inventive storytelling to superimpose the fantastical over the mundane, reminiscent of filmic attempts such as The Adventures of Baron Munchausen, The NeverEnding Story or even The Princess Bride. In these stories, or let’s call them tales, one can never be confident that one has a sure foot on the narrative, and will have no luck in predicting what might happen next.

The borderless nature of literature allows Oyeyemi to perform these feints and transmogrifications several times per page and undermine confidence in the storytelling method itself. Some words critics have used to describe this technique are heady, uncanny and surreal–some others might be confusing or frustrating. These words could also be used to describe the experience of dreaming, a state that Oyeyemi is skilled at evoking. And caught up in this fairy-tale dream state, where nothing is a given, we realize that this book is not only about childhood, but also what it feels like to be a child. 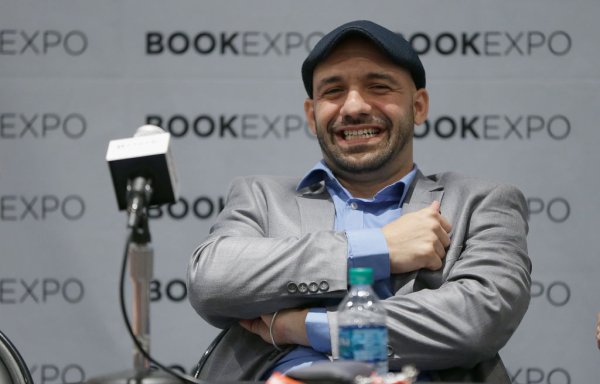 I Rejected Spanish As a Kid. Now I Wish We’d Embrace Our Native Languages
Next Up: Editor's Pick