Here's a Look at How Lupita Nyong’o and Michael B. Jordan Became Such Great Friends

Of the many blessings that Marvel’s Black Panther has bestowed upon us, the special friendship between Michael B. Jordan (who plays Erik Killmonger) and Lupita Nyong’o (who plays Nakia) might rank among the top. While the pair’s chummy antics while on the press tour for Black Panther and beyond (ranging from a hilarious push-up contest prank to some good ol’ fashioned social media trolling) have led some fans to “ship” Jordan and Nyong’o as a couple, their great friendship is something to root for in and of itself.

With Black Panther nominated for seven Academy Awards on Sunday night, including becoming the first superhero film to be nominated for a “Best Picture” Oscar, we’ll definitely be seeing more of Jordan and Nyong’o’s friendship play out on the red carpet. Now that it’s 2019 Academy Awards time∂, here’s a look back at how Michael B. Jordan and Lupita Nyong’o became such close friends.

Friends that Travel Together, Stay Together

Never underestimate what traveling around the world to promote your new movie can do to bond you with your co-workers. Whether it was wearing matching pajamas or engaging in some impromptu karaoke, it’s clear that Jordan and Nyong’o had a blast traveling together.

At least, that’s the conclusion we came to after seeing Jordan drop and give push-ups at Nyong’o’s command, to the delight of pretty much everyone. While it appears that this arrangement came about because of some sort of bet between the two, it’s clear that everyone else came out the true winners as witnesses to these feats.

Both Jordan and Nyong’o are generous with their admiration for one another, often taking to Instagram to share their compliments publicly, especially on the occasion of a birthday or career accomplishment.

A Healthy Appreciation for Each Other’s Company 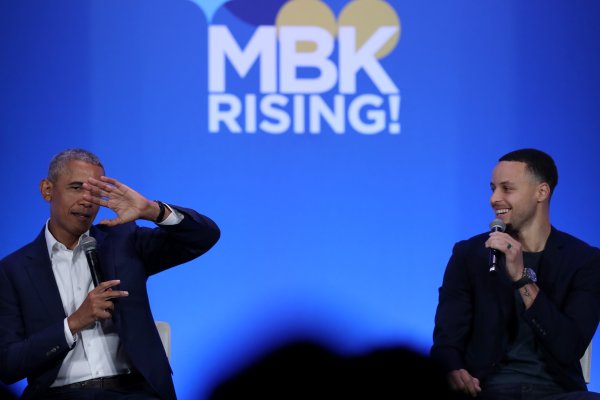 Barack Obama Manages to Work in a Michelle Obama Compliment in a Discussion About 'Being a Man'
Next Up: Editor's Pick