More Young Women Are Having Heart Attacks, Study Says. This Could Be Why

Younger women are having more heart attacks, and accounted for nearly a third of all female heart attack patients in recent years, according to a recent study. The news compounds a string of recent findings that have pointed to poorer overall health for young American women.

The study, which appeared in a special women’s health edition of the journal Circulation, looked at the medical records of nearly 30,000 people ages 35 to 74 who were hospitalized for a heart attack between 1995 and 2014. By the end of that time period, nearly a third of patients were considered “young” (ages 35 to 54), up from 27% in 1995 to 1999, according to the study. And that increase seemed to be driven largely by female patients, the paper says.

From 1995-1999, 21% of hospitalized female heart attack patients were young. But by 2010-2014, that number had risen to 31%, the paper says. Meanwhile, younger patients accounted for a larger proportion of male heart attack hospitalizations, but rates increased more slowly, climbing from 30% to 33% of admissions between 1999 and 2014.

The researchers also found that younger women who had heart attacks were more likely than men of the same age to have a history of high blood pressure, diabetes, kidney disease and stroke. And it’s not the first paper to suggest that younger women’s overall health may be slipping.

Studies have shown that rates of lung cancer are now higher in young women than young men, and rates of type 2 diabetes, suicide and depression are rising faster in young women and girls. Liver disease is also killing more young Americans than it once did, regardless of gender.

Caughey says high rates of obesity and stress, and low rates of physical activity, among younger women could be to blame for some of these issues, though her study did not specifically look at these factors. She notes that obesity is more prevalent among younger women than younger men — and especially so for black women, among whom heart attacks are also disproportionately common.

The study also showed that women still do not receive the same heart attack care that men do, a finding supported by plenty of prior research. Compared to men, “young women with heart attack are not receiving the same level of guideline-directed medications” such as lipid-lowering drugs, antiplatelet therapy and beta-blockers, Caughey says. Women also underwent invasive heart surgery less frequently than men.

A large part of that discrepancy is likely because female heart attack symptoms tend to be harder to recognize than male warning signs, Caughey says. One 2018 study found that many women experience seemingly unrelated symptoms like nausea, indigestion, stomach pain, shortness of breath and jaw, neck and shoulder pain, which could obscure what’s really going on.

But the fact that doctors do not always recognize these symptoms speaks to the reality that heart attack, as the paper’s authors write, is still considered “a man’s disease.” In reality, federal data shows that roughly the same number of men and women die of heart disease each year, and it remains the leading killer of both sexes. 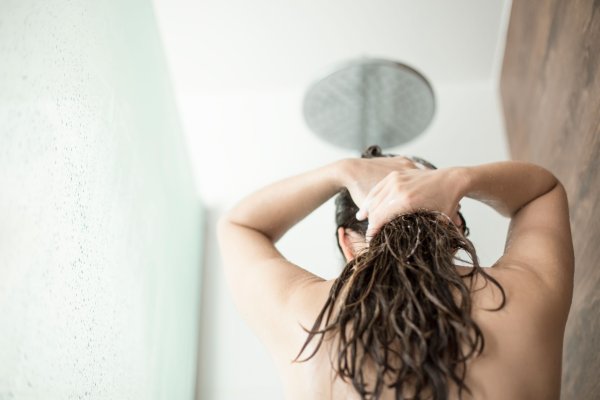 Is It Bad to Sleep With Wet Hair?
Next Up: Editor's Pick