No, There Isn't Really an 'Anti-LGBT' Emoji. Here's What People Are Actually Seeing

Multiple reports have emerged recently concerning the existence of an “anti-LGBT” emoji showing a rainbow flag emoji and the “no” symbol. Shared by Twitter user mitchell, the shocking combination — along with their claim to have discovered it “in Apple’s code” — certainly drew some attention, with many referring to the character combination as an unfortunate glitch.

But it’s not a “glitch” per se — it’s more of an unfortunate implementation of the standards that govern how text is displayed on our device. You might not even see it, depending on which device you’re using. Either way, no smartphone maker has purposefully chosen to offer an “anti-LGBT” emoji on their device.

The reason you can see symbols like the “no sign” ⃠, your favorite emoji, accents in a French city name, or Japanese kanji on an online storefront, is the Unicode Standard, created by the Unicode Consortium. Its members include individuals as well as major corporations like Apple, Facebook, and Microsoft. Unicode provides a standard way to represent text in multiple languages, symbols, and emoji by assigning each character — emoji included — a unique identification number that can be displayed by the font installed on your device.

For the officially designated “international prohibition sign,” that identification number is U+20E0. The “no symbol” ⃠ itself is categorized in Unicode as a “combining character,” meaning it’s designed to overlay the preceding character. You’ve probably seen combined characters before, like the acute accent combination in “Pokémon,” or the umlaut combination in the German word “schön.”

Unicode allows fonts to either use pre-made combined characters or rely on the standard’s rules for combining characters. That means there is no pre-made “anti-LGBT” flag, only one that appears when your device applies the character combining rules to the text you just entered. Depending on your device’s font, how it displays character combinations, and which Unicode characters it supports, you’ll either see the combined symbol rendered properly, misaligned, or simply as two characters next to each other. Seeing square boxes or dots instead of the emoji and characters you were expecting? That means whatever font you have installed doesn’t support the larger array of Unicode characters.

In Apple’s macOS, you can see the list of supported Unicode characters by hitting Control-Command-Space and selecting the character viewer icon next to the search field. For Windows 10 users, you can search for the Character Map in your Start menu to see a list of Unicode characters you can choose from, though they won’t necessarily be displayed in your chosen font, and may still require you to to install optional font packs to boost the number of supported characters.

We’ve reached out to the Unicode Consortium as well as Apple and Microsoft for more information and will update accordingly. 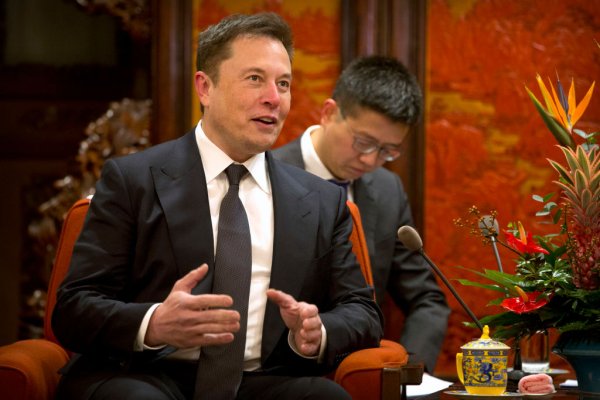 Elon Musk Is Tweeting Stuff That Could Get Him in Trouble Again
Next Up: Editor's Pick