West Virginia Teachers Score Victory in Their Latest Walkout. But the Fight Isn't Over

West Virginia teachers who led a statewide walkout for the second time in less than a year scored a victory Tuesday, as lawmakers tabled an education bill that educators had described as retaliatory.

The bill, which had already passed the state Senate, was defeated Tuesday in the West Virginia House of Delegates by a motion to indefinitely postpone any action on it, as hundreds of educators flooded the state Capitol and shut down public schools in all but one of the state’s 55 districts.

“If we look around in these galleries, if we walk out in those halls, if we listen to the educators across this state, this is a bad bill for education,” West Virginia House Minority Whip Mike Caputo, a Democrat, said Tuesday, introducing the motion to postpone the bill indefinitely.

But teachers continued their walkout for a second day on Wednesday, amid concerns from Democrats and union leaders that lawmakers could revive the bill by filing a motion to reconsider the postponement within a 24-hour window.

“With good faith lacking, the deceptive path used to move the bill and rumors swirling of the motion to reconsider, we will continue our work action on Wednesday,” West Virginia Education Association President Dale Lee said in a Facebook video Tuesday.

“Unfortunately, we have seen the retribution and pettiness directed at educators, and until the window period passes for the reconsideration of the motion to postpone indefinitely, we will be forced to remain off work and keep our schools closed,” he continued.

Elements of the controversial bill changed in recent weeks, but teachers still took issue with the latest version, which would establish up to seven charter schools — the first in the state — and create a limited voucher system of 1,000 education savings accounts for parents to use toward private school. The measure would also give teachers a 5% pay raise. Educators who oppose the bill warn it would shift funding from traditional public schools toward charter schools, which are publicly funded but privately managed. The bill’s proponents argued it would create more education options for families.

West Virginia state Senate President Mitch Carmichael, a Republican who supported the bill, described Tuesday’s postponement as “a delay, not a defeat,” and called the walkout “an embarrassment for our state.”

“Thousands of families across the state had their fundamental right to educational freedom usurped by the will of those who cling so desperately to the status quo and the empty promises by those who pressure them to defend it,” Carmichael said in a tweet Tuesday afternoon. “I am disappointed, but let me be clear: I am not defeated.”

Lee responded by calling on Carmichael and other lawmakers to work on legislation to decrease class sizes, hire more counselors and nurses and provide more services to parents and families in need.

“I challenge Senator Carmichael to find an educator who wants the status quo,” Lee said. “We really do want to improve our schools and make them better, but we disagree greatly on how that should occur.”

The movement of teacher activism that began in West Virginia nearly a year ago has continued with recent strikes in Los Angeles and Denver. Teachers in Oakland, Calif., are expected to begin a strike on Thursday.

As in West Virginia, teachers in other states that saw walkouts last year have decried similar new bills as “retaliatory” this year. A bill proposed in Oklahoma would make it illegal for teachers to walk out and would permanently revoke teachers’ certifications if they broke the rule. In Arizona, lawmakers are considering a bill that would prohibit teachers from getting involved in politics on the job. 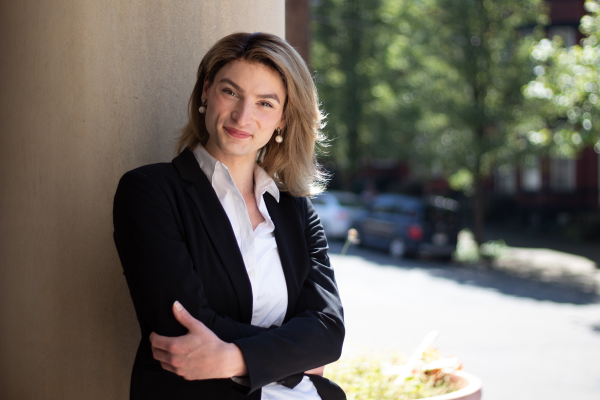