The family of a Kentucky teen who was caught up in a viral encounter with a Native American elder during a January rally has filed a defamation lawsuit against The Washington Post.

The suit claims the newspaper falsely accused 16-year-old Nicholas Sandmann of racist behavior because of its “biased agenda against President Donald J. Trump.”

The Post “engaged in a modern-day form of McCarthyism” in its coverage of the incident, according to the lawyers, who are seeking $250 million in damages, the same amount Amazon CEO Jeff Bezos paid to acquire the paper in 2013.

Sandmann catapulted to national attention during a school field trip to the March for Life anti-abortion rally in Washington D.C. on Jan. 18. Video circulated showing Sandmann, in a “Make America Great Again” hat, standing face-to-face with Native American activist Nathan Phillips, who drummed and sang on the steps of the Lincoln Memorial after the the Indigenous Peoples March.

The confrontation ignited a sharply partisan debate about the behavior of the rally participants, especially of Sandmann and his classmates from the Covington Catholic High School. Video clips which emerged later appeared to show the controversy may have started after a group of Black Hebrew Israelites taunted the Kentucky students.

The lawsuit, filed by Sandmann’s parents Ted and Julie, claims that the Post “ignored basic journalist standards because it wanted to advance its well-known and easily documented, biased agenda against President Donald J. Trump by impugning individuals perceived to be supporters of the President.”

“The Post did not conduct a proper investigation before publishing its false and defamatory statements of and concerning Nicholas,” the lawsuit reads.

Kristine Coratti Kelly, the Post’s Vice President for Communications told Reuters, “We are reviewing a copy of the lawsuit and we plan to mount a vigorous defense.” 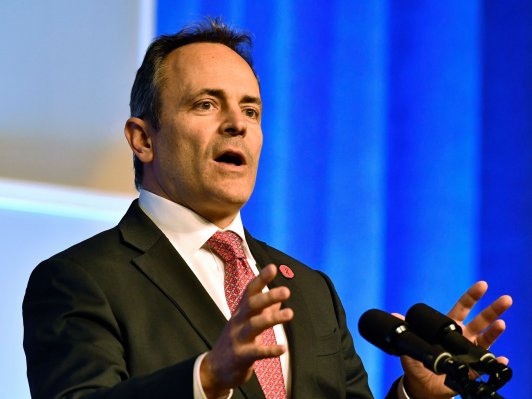 'We're Getting Soft.' Kentucky Governor Criticizes Closing Schools When Temperatures Could Feel As Cold As -25 Degrees
Next Up: Editor's Pick