Iceberg, But Make It Fashion. 20 of Karl Lagerfeld's Most Spectacular Chanel Fashion Shows Reveal the Imagination of the Larger-Than Life Figure

Legendary fashion designer Karl Lagerfeld died at the age of 85 on Tuesday in Paris, leaving behind a larger-than-life legacy. Although the German-born Lagerfeld had his own eponymous line and was the creative director of Italian luxury label Fendi for over five decades, the name he’s most associated with is the French luxury house Chanel, where he served as their high-profile creative director since 1983.

During his time at Chanel, “the Kaiser” as he was nicknamed, helped transform the fashion and luxury industry as we know it, turning out collections that were as witty as they were elegant, a shining example of what it means to breathe new life into a legacy brand. To that end, Lagerfeld could draw as much inspiration from the life and times of Coco Chanel as he might from campy, colorful aspects of pop culture, as evidenced by his fantastical themes from Chanel shows that ranged from a full replica of the Eiffel Tower in the Grand Palais to a fully Chanel-branded grocery store, complete with shopping carts that show-goers stormed after the show.

In memory of Lagerfeld’s immense creative legacy, here’s a look back at his 20 most memorable Chanel shows of all time.

For Chanel’s Fall/Winter RTW 2008 show, Lagerfeld constructed a full working carousel in the center of the Chanel runway, where models rode on larger-than-life replicas of the house’s famous quilted accessories after they took their turn on the runway. At the end of the show, Lagerfeld exited the rotating carousel to take his final bow.

For Chanel’s Spring/Summer 2009 show, Lagerfeld recreated the iconic Chanel flagship store, 31 Rue Cambon, to-scale in the brand’s usual choice of venue, the Grand Palais. Lagerfeld’s wry sense of humor was on full display with the show’s soundtrack, a mix of Madness’ “Our House.”

Lagerfeld turned up the heat when he showed Chanel’s 2009 resort collection poolside at the Raleigh Hotel in South Beach, Miami. While the collection was beautiful, Karl might have upstaged his own designs by asking the U.S. synchronized swimming team to do a fantastic closing performance.

Lagerfeld once again held court at the stately Grand Palais, this time to transform it into a bucolic barnyard paradise, resplendent with a Chanel-themed barn, hay bales, rockabilly high fashion, and a surprise Lily Allen performance.

What’s cooler than cool? How about an actual iceberg, the ultimate accessory for a Winter Wonderland set that matched the shaggy, fur-embellished designs that Lagerfeld sent down the runway.

Lagerfeld paid homage to Chanel’s namesake designer, Gabrielle “Coco” Chanel when he staged his 2010 Resort show on a boardwalk runway along the romantic Venice Lido, an enviable destination fashion show.

Scotland served as both the locale and the muse for Lagerfeld’s Pre-Fall collection, which he showed at the darkly beautiful Linlithgow Palace. The palace, which was the birthplace of Mary, Queen of Scots, housed models who stomped down a blazing brazier-lit runway in tweeds and tartans, that honored the late monarch as much as they cheekily referenced Coco Chanel’s time spent in Scotland, with her lover, the Duke of Westminster.

Science fiction took center stage at Lagerfeld’s post-apocalyptic theater for the 2013 Chanel couture show. Models walked out from a deconstructed center stage to walk between aisles of viewers who sat in theater seats in the Grand Palais.

Full-fledged Americana might not seem like a fit for a French fashion house, but under Lagerfeld’s direction, Chanel’s annual Métiers d’Art show was one wild ride. Beginning with a drive-in movie before the show and ending with a mechanical bull at the after-party hosted at the Chanel saloon, Lagerfeld’s take on Texas was fit for a spaghetti Western, down to an unfortunate Native American headdress that drew wide criticism.

Going to the supermarket was no chore at the Fall/Winter 2014 Chanel show, where Karl Lagerfeld painstakingly recreated a fully-stocked grocery store with all Chanel-branded wares, ranging from household cleaning items to pasta. Following the presentation, during which models walked down “aisles” with Chanel shopping carts, attendees stormed the set to loot the grocery store’s Chanel offerings.

Lagerfeld took inspiration from protest culture with his showing for the Spring/Summer 2015 show. Models took to the Parisian “streets” of the Grand Palais for a final walk that manifested in a pseudo-protest (complete with signs that read: “He for She” and “Ladies First” as well as Jamie Bouchert leading chants with a megaphone) that brought to mind women’s liberation.

Casino Royale? So last season. Welcome to Casino Chanel, where Julianne Moore, Kristen Stewart, and mother-daughter duo Lily-Rose Depp and Vanessa Paradis all took to the roulette tables as models slinked around them. Lagerfeld’s trademark humor was at play, with the Chanel bride resembling a very chic Elvis Presley impersonator.

Attendees were invited to fly high — well, high fashion, that is — with Chanel airlines at the brand’s Spring/Summer 2016 show, where the Grand Palais became an airline terminal for the world’s most stylish jet setters (traveling, of course, with some seriously enviable Chanel luggage).

Leave it to the Kaiser to cap off a space-themed collection with the launch of custom Chanel rocket in the Grand Palais — all set to the dulcet tones of Elton John’s “Rocket Man,” of course.

While Chanel was critiqued for the decision to show luxury fashion (including some questionable references, like military fatigues and Che Guevara-esque berets) in the political climate, the show coincided with doors being opened to the U.S. under the Obama administration after nearly five decades.

Lagerfeld recreated the Eiffel Tower to scale for his Fall 2017 couture show for Chanel, in what might be the most on-the-nose homage to the City of Love.

Chanel Fall/Winter RTW 2018: Into the Woods

Chanel’s Fall/Winter 2018 show was a return to nature — or rather, the idea of nature, as Lagerfeld recreated a lush autumnal forest within the confines of the Grand Palais for models to show off his fall collection.

Life’s a beach — at least, according to Karl Lagerfeld, who brought the beach to Paris Fashion Week by recreating a tropical escape, complete with a sandy runway, real ocean waves and an on-duty lifeguard. Models even walked barefoot and carried their Chanel shoes, natch.

For Chanel’s most recent show, they created a villa that would look completely at home in the Italian countryside, a lovely complement to the show’s Rococo influences. Models strutted down the park-inspired runways with David Bowie-esque pompadours, but it was Lagerfeld’s absence at the show due to tiredness that people latched onto most about this couture collection. 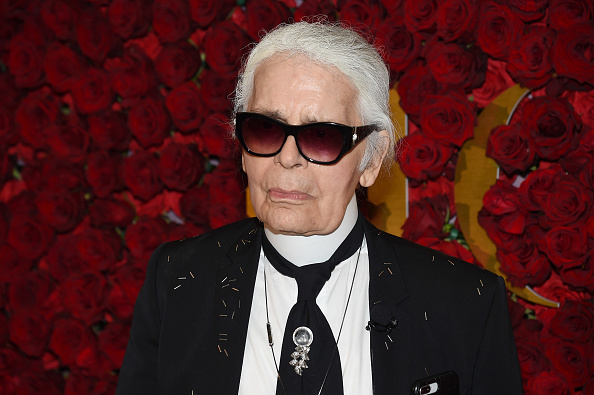 Designer Karl Lagerfeld's Most Memorable Quotes
Next Up: Editor's Pick