STEM Careers Are Even Harder On Parents Than We Thought, Study Finds

The future, as anyone who has sought career counseling in the last 20 years knows, is in STEM. Good jobs in science, technology, engineering and math are plentiful, the common wisdom goes, as opposed to falling opportunities in media, factory work and retail. But a new study suggests that STEM careers might be particularly tough for at least one category of employee: parents.

Almost half of new mothers and a quarter of new fathers leave full-time STEM careers after adopting or bearing a child, and do not return by the time the child starts school, the study found. While mothers generally leave within the first three years of their first child’s arrival (42%), the fathers stick it out a little longer, with only 15% leaving in the same time period, rising to 23% by the time the child is eight.

The study, which was published in the Proceedings of National Association of Sciences on Feb. 18, is the first systematic, longitudinal examination of the paths of STEM professionals who become parents, and how those paths diverge according to gender. It examined the career trajectories of more than 4,000 scientists and engineers who were employed full-time in a STEM field in 2003 and compared those who had at least one child between 2003 and 2006 with those who remained childless until 2010.

One of the prevailing theories on the gender gap in wages is that it is caused in part by women taking time off to raise families, moving to part-time employment, or declining to uproot a family to get experience in a field office. However, while the differences in this study were striking, they weren’t as surprising as the impact of parenthood in general on STEM careers.

“We were startled by the size of the attrition rates for both new mothers AND new fathers,” wrote Erin Cech, an assistant professor in sociology at the University of Michigan, and one of the study’s authors, in an email. “This indicates to us that navigating caregiving responsibilities alongside STEM careers is not just a ‘mothers’ problem,’ but a STEM workforce problem.”

Overall, the study found 28% of those who become parents leave full-time STEM employment within seven years. Some of them move to part-time employment, while others find work in different fields. Men (18%) were more likely than women (12%) to find another line of work. Almost 15% of mothers left the workforce entirely, and more than 10% stayed in STEM part-time, while very few fathers pursued either of those options.

Interestingly, although engineering and computer science are considered to be especially unfriendly to women, it was what are generally perceived to be the more “female-friendly” life sciences — medicine and biology — where women had the hardest time sticking out. Cech is not quite sure why, but notes that women left the life sciences at just as high a rate as they did engineering.

Of course, STEM industries have a reputation of burning out all employees, no matter who they are, but the study found that 49% of parents, and 71% of new mothers, who left STEM for another line of work cited family as the reason for the switch. Moreover, while hard work is a prerequisite for many careers in the trades and the professions, STEM is a level above. Its culture reveres the ability and willingness to put shoulder-to-wheel at all times.

“Qualitative research suggests that the combination of expectations for long work hours with STEM’s cultural expectation of ‘ideal workers’ who put their STEM work above personal responsibilities like caregiving, [make it] particularly challenging for professionals with children,” writes Cech. (“Ideal workers,” according to Cech’s research, are those who put work at the top of the list of their priorities and organize their lives around it.)

The researchers, Cech and Mary Blair-Loy, a sociology professor at University of California, San Diego, call for the usual structural changes that would help new parents be both good employees and good parents, like paid family leave and more flexible work policies, including a measure of schedule control. But they also call for cultural change, particularly in the STEM industry’s with-us-or-agin-us attitude toward parents. While the big tech companies often have family-friendly leave policies, the authors suggest that those with offspring are sometimes regarded as second class citizens upon their return. STEM leaders, they write, need “to confront cultural beliefs that STEM professionals with caregiving responsibilities are less valuable and less committed to their professional work than their colleagues.” 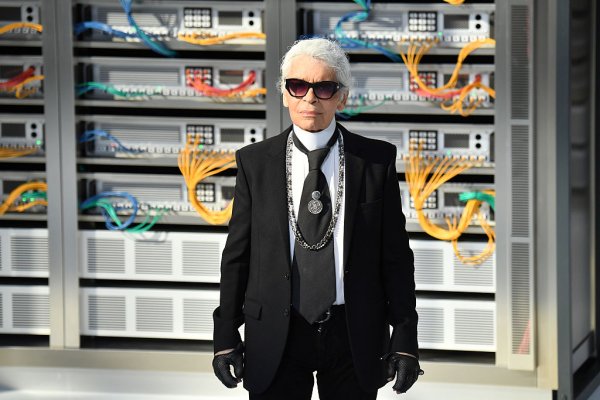 Legendary Fashion Designer Karl Lagerfeld Dies in Paris at 85
Next Up: Editor's Pick