Kaiser Permanente’s new medical school will be free to attend for its first five graduating classes, the school announced Tuesday.

The newly formed Kaiser Permanente School of Medicine will begin accepting applications from prospective students in June 2019, following the receipt of primary accreditation from the Liaison Committee on Medical Education, Kaiser announced in a release. The school, which will be located in Pasadena, Calif., will welcome its first class of students in the summer of 2020. Those students, as well as the four following classes, will attend the school for free for all four years of their medical education.

“The school will help shape the future of medical education and train physicians for medical excellence and the total health of their patients,” said Kaiser Permanente Chairman and CEO Bernard Tyson in a statement. “The Kaiser Permanente School of Medicine will also reflect our long-standing commitment to diversity and inclusion by training diverse physicians to serve the needs of society.”

The school will take advantage of Kaiser’s network of hospitals and clinics to teach students in a hands-on environment, focusing on three pillars of medical education: foundational science, clinical science and health systems science, according to the announcement. Population health, health equity, health care quality and diversity will be emphasized in students’ learning, the medical school says.

“Our students will learn to critically examine factors that influence their patients’ health in their homes, workplaces, schools, and communities — and become effective health advocates for their patients,” said founding Dean Dr. Mark Schuster in the statement.

Kaiser’s medical school follows in the footsteps of New York University’s School of Medicine, which in 2018 began waiving tuition fees for all students in an effort to ease both student debt and the ongoing physician shortage. Separately, NYU also announced Tuesday that it will open a three-year medical school on Long Island. NYU Long Island School of Medicine will focus on training primary care physicians — who according to a new study are becoming less common on a per-capita basis in the U.S. — and will also be tuition-free.

As of 2017, 76% of medical students graduated with education debt, according to the Association of American Medical Colleges (AAMC). Total costs for a student residing at a private U.S. medical school averaged nearly $60,000 in 2018-2019, according to the AAMC. 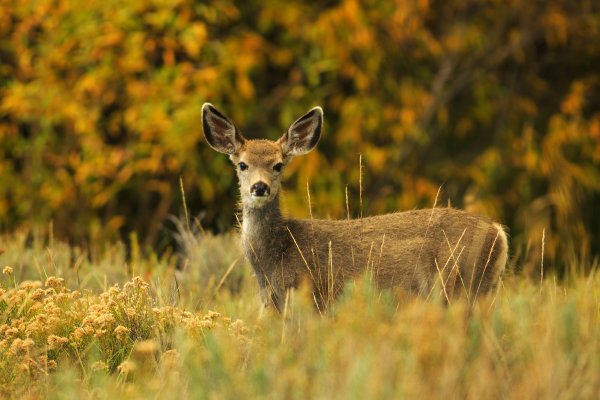 What to Know About 'Zombie Deer Disease'
Next Up: Editor's Pick