Karl Lagerfeld, the iconic creative director of fashion house Chanel, has died in Paris aged 85, according to French media reports.

The German designer joined Chanel in 1983 and is credited with revitalizing the label after the death of its founder Coco Chanel. He became one of the most prolific contributors to the label, and to the entire fashion world.

Speculation over his ill health began in January, when he missed Chanel’s spring-summer haute couture show in Paris. The brand said he was “feeling tired.”

Lagerfeld was born Karl-Otto Lagerfeldt in Germany in 1933 and raised near Hamburg. He later dropped the “t” because, he said, it sounded “more commercial.”

Lagerfeld moved to Paris as a teenager and got his first job in the industry in 1955 as an assistant to French designer Pierre Balmain. Over the following two decades he designed collections for a series of prestigious fashion houses including Chloe, Fendi and Valentino.

Lagerfeld was already a well-known designer in the early 1980s, when he took the helm at Chanel. Adding irreverent touches to the brand’s classic designs, pioneering high-profile runway shows, and expanding key areas of the business such as perfume and jewellery, he helped turn Chanel into one of the largest and most profitable luxury brands in the world. The company was worth $10 billion last year, according to figures released by its chief financial officer.

Lagerfeld’s intense work ethic, and the longevity of his career, became legend in the fashion world – he started his own eponymous fashion house in 1984, while continuing his work at Chanel and Fendi. Meanwhile, his trademark trademark white ponytail and dark glasses, combined with a penchant for making outrageous and eccentric statements, made him a highly visible figure in popular culture.

Famous faces from Lagerfeld’s industry shared tributes to him Tuesday.

“With Karl Lagerfeld, we lose one of the creative geniuses that helped make Paris the world capital of fashion and Fendi one of the most innovative Italian fashion houses,”Bernard Arnault, President of LVMH, the luxury goods conglomerate that owns Fendi, said in a statement . “We owe him a lot: his taste and his talent were the most exceptional that I have ever known.”

“Karl your genius touched the lives of so many, especially Gianni and I,” said Italian designer Donatella Versace in a post on Instagram. 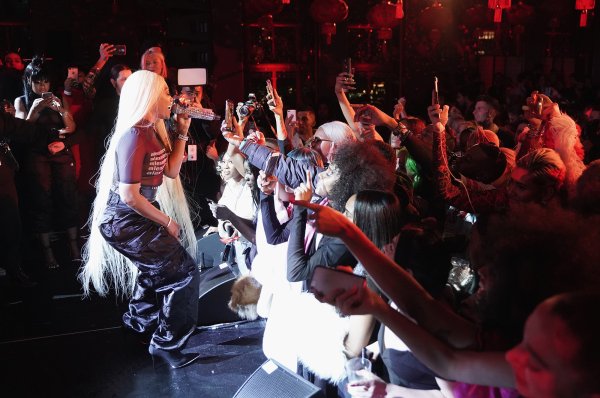 The 5 Best Moments From New York Fashion Week 2019
Next Up: Editor's Pick