On a cold November day in London, a demonstrator wearing a large papier-mâché mask of Facebook chief Mark Zuckerberg stood outside the U.K. parliament in silent protest, holding up a sign emblazoned with two words: “Where’s Mark?”

That question was on the lips of many lawmakers in London that day. More than 20 politicians from nine countries, including Ireland and Canada, had gathered in Westminster. All were worried about Facebook’s role in the spread of disinformation, and all were upset that Zuckerberg had spurned three official invitations for questioning. While the lawmakers couldn’t force Zuckerberg to attend, they laid out an empty chair to represent the missing CEO — and British parliamentary aides ensured photos were sent out to the world’s media.

The stunt was devised by Damian Collins, the leader of a U.K. parliamentary investigation into disinformation and “fake news.” The scope of that investigation ranges from Russian election interference to the changing landscape of traditional media, and from Brexit to Trump via Cambridge Analytica.

On Monday, Collins published the final report of that investigation, which proved to be a damning indictment of Facebook. The report accuses Facebook of “intentionally and knowingly” violating data privacy and competition laws; labels top executives “digital gangsters;” and calls for urgent action to regulate social media and investigate Facebook’s alleged lawbreaking. The culmination of 18 months of careful evidence-gathering, the scathing report now makes the U.K. one of the loudest voices calling for legal constraints on Facebook’s power.

“We need a radical shift in the balance of power between the platforms and the people,” Collins said in a statement Monday morning. “The age of inadequate self-regulation must come to an end.” In its response to the report, Facebook said it is open to “meaningful regulation.”

A protester from campaigning group Avaaz stands outside the U.K. parliament on November 27, 2018
Billy Perrigo/TIME

Collins launched his probe in early 2017, just months after the U.K. voted to leave the E.U. and Donald Trump was elected U.S. President. At the time, the spread of “fake news” was just starting to become a broader topic of interest, and Collins was curious to understand more about how disinformation spreads on social media.

The investigation proceeded quietly for the first few months, but rocketed to global prominence in March 2018, when the Cambridge Analytica scandal broke. Collins and his colleagues questioned the whistleblower Christopher Wylie for nearly four hours that same month, in what became the most-streamed select committee hearing in the history of the U.K. parliament.

Collins says the Cambridge Analytica development helped put the issue in the spotlight. It made the general public realize “that content is targeted at people in ways they don’t often see or understand,” he told TIME in an interview in his office in January, ahead of the report’s publication. “The ethics of that, and the mechanism for doing that, became a really important part of the inquiry as well.”

As a lawmaker, Collins doesn’t hold the same legal powers of subpoena that, say, Special Counsel Robert Mueller does. But faced with what he calls Facebook’s “pattern of avoiding scrutiny,” including avoiding questioning and giving misleading answers, he has used the full scope of powers available to him in an unusual fashion.

“Damian Collins is starting to use the muscle of parliament in a way that hasn’t been in decades,” Charlie Angus, a Canadian lawmaker who came to London to be part of that international panel in November, tells TIME. “The system is very much based on a gentleman’s code: you assume that if you come before a parliamentary committee of course you’re going to tell the truth. But we were dealing with players that didn’t seem to feel that those rules applied to them.”

Speaking to TIME in September, Wylie quipped that Collins was his favorite lawmaker from Prime Minister Theresa May’s ruling Conservative Party, which elsewhere has pushed restrictive policies including a digital surveillance law.

“Damian is the only politician who has gone out of his way to learn about all of this,” Wylie said. “He’s gotten textbooks, he’s played with Facebook’s ad systems, he’s made things.”

In Collins’ office in parliament, overflowing bookshelves point to that curiosity. On a coffee table, a book about the art and science of video games sits among a stack of others, spanning Ancient Greek art to British political history.

That scope is necessary when it comes to understanding what future historians might refer to as the “data wars,” a term used regularly by Angus, the Canadian lawmaker. Facebook’s influence is international, requiring an understanding of global politics; its impact on the human brain is being studied by psychologists and neuroscientists; the laws that regulate it are the remit of legal specialists; and understanding the infrastructure behind it requires a grounding in computer programming and the history of the Internet.

An empty chair represents Mark Zuckerberg's refusal to attend a hearing in the U.K. parliament, where representatives from nine countries gathered to demand answers from Facebook on Nov. 27 in London.
Gabriel Sainhas, House of Commons

In November, Collins took his most unprecedented step yet. After receiving a tip-off that Ted Kramer, a U.S. businessman engaged in an ongoing court case with Facebook, was in the U.K. on a business trip, Collins sent a parliamentary serjeant-at-arms (an officer who wears a sword in parliament) to Kramer’s hotel room. The officer escorted Kramer to Collins’ office, where Collins demanded he hand over internal Facebook documents from a Dropbox folder on his phone. According to a court filing, Kramer “panicked” after being told he could be fined or imprisoned, and handed over confidential documents — including emails sent by Zuckerberg.

Those documents had been sealed by a California judge. But Collins argued that his jurisdiction as a U.K. lawmaker meant that his actions — first seizing the documents, then publishing a selection of them in December — were totally legal.

“There was significant public interest in the release of this information,” Collins tells TIME. “These documents really expose some very important information around the way Facebook made user data available to other companies. The way they exercise their commercial power.”

Together with New York Times reports published in December, the documents painted a picture of Facebook failing to fully implement a stricter set of privacy rules when they came up against lucrative deals Facebook had with other companies.

In 2013, Cambridge Analytica obtained the personal data of up to 87 million Facebook users, through a quiz app that scraped the personal information of not only the people who played it, but their friends too. In 2014 Facebook implemented stricter privacy rules, preventing apps from accessing the data of a user’s friends. Facebook said these rules would prevent a Cambridge Analytica-style breach happening again.

But the emails released by Collins, along with the Times reports, show how Facebook allowed business partners, including Microsoft, Netflix and Spotify, to continue to access that “friends data,” as insiders call it, after the 2014 changes. (Such data can include users’ friends lists, page likes, access to private messages, and more.)

And in other emails made public by Collins, Zuckerberg is shown acting in ways that Collins says could run foul of antitrust law. In one email from 2013, Zuckerberg personally authorizes staff to cut off the access of Vine, a competitor, to Facebook data.

“Twitter launched Vine today, which lets you shoot multiple short video segments to make one single, 6-second video,” a Facebook executive wrote to Zuckerberg. “Unless anyone raises objections, we will shut down their friends API [Facebook data] access today.”

“Yup, go for it,” Zuckerberg replied.

Collins suggests that decision was instrumental in Vine eventually being shut down in 2016, in the face of strong competition from Instagram, which is owned by Facebook, and Snapchat. “Three or four words just closed a business,” Collins tells TIME. “Rather like the Roman Emperor. Thumb up or thumb down.”

While Facebook isn’t legally required to provide its data to anybody, selectively cutting out competitors could fall foul of E.U. competition law. “The decision to turn off Vine[’s access] seems to be done simply because it looked like a commercial rival,” says Collins.

Zuckerberg, in a statement posted to his personal Facebook page, said the emails were taken out of context, adding: “We’ve never sold anyone’s data.”

On that point, Collins is unequivocal. The emails he released, he says, show that “some companies continued to have privileged access” to Facebook data on users and their friends. “If you make money by giving people special access to data that no one else gets to have, what’s the difference between that and selling it?” 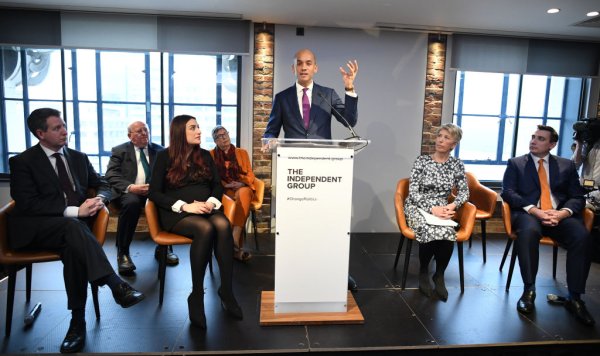