John Oliver doesn’t want to be distracted from the news cycle—and doesn’t think you should be either. The comedian’s show, Last Week Tonight, just returned from hiatus, but even on vacation Oliver stayed tuned in to the news. “It feels irresponsible and reckless to say, ‘I won’t concern myself with the fact that America is destroying itself. I’ll surprise myself three months later to see what happened,’” he joked with Seth Meyers on Monday night’s episode of Late Night with Seth Meyers.

Of course, it’s easy to be distracted as the 2020 presidential election gets underway and new candidates announce their campaigns. “The bar’s pretty low now,” Oliver told Meyers. “Whenever anyone announces for president now you just go, “Sure, fine — yeah, added to the list, you’re fine. Kamala Harris, great. Bernie Sanders, great. A tortoise, walking across an abandoned Wendy’s parking lot? Has he got an exploratory committee? You would work as well.’”

Oliver, though, recommends trying to stay vigilant to the current news cycle even as people start to look forward to the upcoming election. “It’s dangerous I think giving it too much attention right now when there’s plenty of other sh-t we should be looking at,” he said. 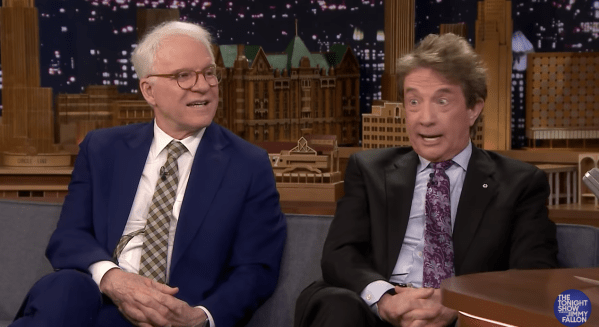