Coated in its signature green patina, gazing over New York City with its burning torch held high, the Statue of Liberty’s image reoccurs in popular and commercial culture. From cartoons to tourist souvenirs, bank logos to official seals, the statue has become a ubiquitous symbol of freedom and an icon of American identity.

Since its arrival from France to New York in 1885, its meaning to the public has evolved, most notably because of its meaning for the waves of immigrants who entered the U.S. via that harbor around the turn of the 20th century. As Stephen Briganti, president of the Statue of Liberty-Ellis Island Foundation, puts it, “[The statue] was their first sight of America, and it was a dramatic moment for their lives.”

So it’s no wonder that when Larry Sidoti, General Superintendent of the Phelps Construction Group, was tasked with leading efforts to dismantle the statue’s original torch and move it into a new museum, he felt the weight of its historical significance looming. “Taking down this 130-year-old torch in pieces and bringing it over and transporting it, it’s been like — you wake up in a cold sweat for two years thinking about it,” he tells TIME.

The original torch is no stranger to change and travel. Over its century-long life, the torch underwent a few renovations that, over time, compromised the integrity of its construction. “They were constantly putting in windows and tearing out what had been part of the original torch,” says Briganti. “And that process damaged not only the torch, but they didn’t do a very good job, and [water had] leaked into the statue itself. And that’s one of the reasons for the deterioration of the inside of the statue.”

In 1984, the entire statue underwent mass renovations. The original torch, deemed “beyond repair” and replaced with a sturdier new torch, made its way across the country where it was displayed in the 1985 Tournament of Roses Parade in Pasadena, Calif.; later, in 1986, the torch found a new home back inside the Statue of Liberty’s pedestal entranceway.

Its latest move is complete: the new Statue of Liberty Museum on Liberty Island is now open to the public.

In addition to housing the torch, the three-section museum will also include an immersive theater, inspiration gallery, and a unique view of the New York Harbor.

About 15,000 to 20,000 daily visitors make their way to Liberty Island during the summer season, but entrance to the statue’s pedestal area — and thus access to see the original torch — is limited to just about 18% of those visitors, for security purposes. The torch’s move and the construction of a new museum was undertaken with the goal of granting greater access for visitors.

The new museum, Briganti says, “expands the story we can tell about the statue.”

Write to Brian Braganza at brian.braganza@time.com. 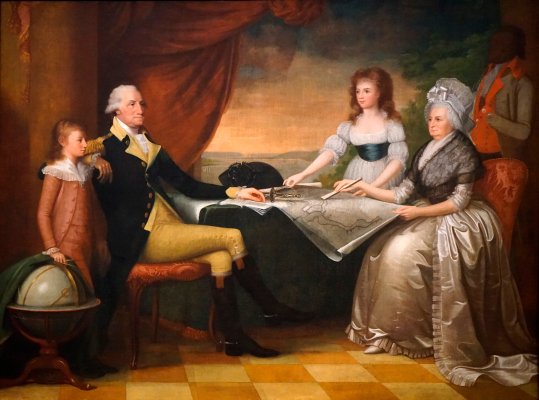 Americans Already Celebrate Presidents' Day. Here's the Case for Celebrating the First Ladies Too
Next Up: Editor's Pick