President Donald Trump declares a national emergency at the U.S.- Mexico border during remarks about border security in the Rose Garden of the White House on February 15, 2019 in Washington, DC.
Oliver Contreras—The Washington Post/Getty Images
By Alejandro de la Garza

In the opening of Saturday night’s episode, returning guest star Alec Baldwin as Trump mocked the President’s announcement that he was declaring a national emergency in order to fund a wall on the border with Mexico. Trump’s Friday declaration came after Congress passed a spending bill without the funds Trump sought, following a bruising two-month political ordeal.

“You can all see why I gotta fake this national emergency, right?” said Baldwin-as-Trump in the sketch. “I have to, because I want to. It’s really simple.”

Baldwin’s Trump went on to evade questions from the satirized media.

“Those numbers are faker than this emergency,” said Baldwin after being pressed on immigration crime statistics. “We need major immigration reform. Translation — wall.”

Evidently, the real President Trump saw little to laugh at in the show’s depiction of his announcement. “Nothing funny about tired Saturday Night Live on Fake News NBC!” the President tweeted early Sunday morning. 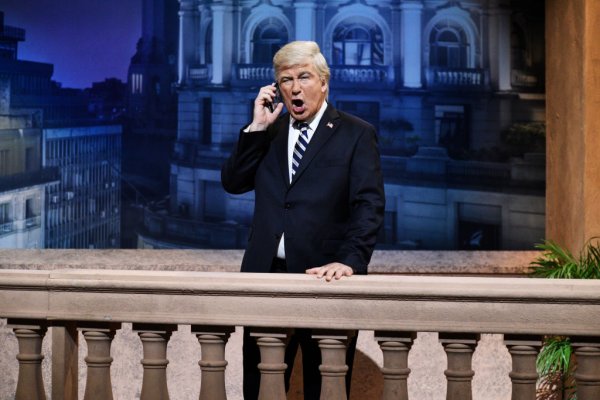