Officials load the body of a victim to the general hospital mortuary on a street of the Jiddari Polo neighbourhood of the northeastern Nigeria city of Maiduguri, on Februray 16, 2019 where Boko Haram fighters shot residents while two suicide bombers blew themselves up, killing eight people.
Audu Marte—AFP/Getty Images
By Paul Wallace / Bloomberg

(Bloomberg) — Three suicide bombers killed eight people in the northeastern Nigerian city of Maiduguri Saturday morning, according to Lagos-based Channels TV. The attack happened hours after the nation delayed by a week a general election scheduled for the same day.

Suspected militants of the Boko Haram Islamist group entered a mosque with guns and explosives strapped to their bodies at about 5:40 a.m., Channels reported, citing a police spokesman.

Maiduguri is the capital of Borno state, the epicentre of Boko Haram’s decade-long insurgency to impose its version of Shariah law on Nigeria. The city has mostly been secure in recent months, even as Boko Haram and a breakaway faction affiliated to Islamic State have wreaked havoc in the rest of Borno. 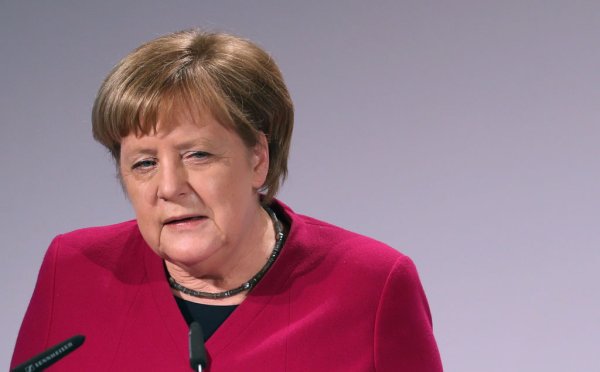