5 Killed in Workplace Shooting Near Chicago

Five people are dead and five police officers are wounded after a shooting Friday afternoon at the Henry Pratt Co. warehouse in Aurora, Ill., authorities confirm.

At a press conference in the hours after the shooting, Aurora Police Department Chief Kristen Ziman identified the gunman as 45-year-old Gary Martin, who was also killed.

Martin’s motive remains unclear, though the Associated Press reports Martin was fired on Friday after working for the company for 15 years.

Ziman said Martin brought his gun into the warehouse, aware that there was a meeting happening, although officers do not know if he knew prior he was going to be fired. Police also do not yet know the reason behind his termination.

“He was called in,” Ziman told reporters. “We can surmise that he was speculative of what was going to happen, evidenced by him going with a firearm.”

Ziman said Martin shot and killed three of his co-workers who were in the room during the meeting. The other three co-workers were shot outside of the room. Two of them died.

The Henry Pratt Co. makes valves for the “potable water, wastewater, power generation and industrial markets,” according to its website. It’s about 40 miles outside Chicago.

Ziman told reporters that immediately upon arriving at the scene, first responders were confronted by the gunman. Armed with a handgun, Martin struck two of the four first responders, she said.

Several teams of officers then entered the 29,000 square-foot building in an attempt to locate and stop Martin. When officers located the gunman, he fired at them, leading officers to shoot and kill Martin, Ziman said.

“I know how quick response from our officers saved lives today,” Ziman said. “They took on gunfire but they pressed on until they located the shooter. Some are recovering from their physical wounds and others are home safe recovering from their emotional wounds. They are true heroes and we honor them for their selfless service to the citizens of Aurora.”

“But we still lost lives today and it cannot be over stated that those people did not deserve this,” she added. “Their families have our support.”

Aurora police also confirmed that in January 2014 Martin was issued a firearm owner’s identification card after passing a background check.

Police said in March 2014, Martin purchased a Smith & Wesson .40-caliber handgun from an Aurora gun dealer. According to police, he applied for a concealed carry permit five days later, which required a fingerprinting and background check, and was rejected because of a 1995 Mississippi felony conviction.

President Donald Trump offered his condolences to the victims on Twitter Friday night.

Most Popular on TIME
1
What the Freemasons Taught the World About Secrecy
2
The History of Ponzi Schemes Goes Deeper Than You Think
3
8 Years After Proving Racism Affected His Trial, North Carolina Inmate Taken Off Death Row 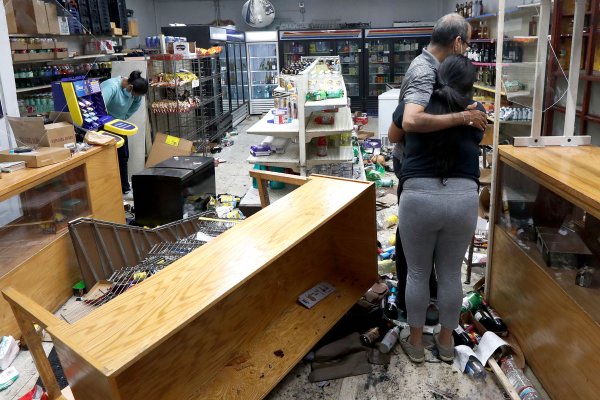