President Donald J. Trump listens during a meeting in the Oval Office at the White House on Feb. 13, 2019 in Washington, D.C. On Feb. 15, 2019 he said he expects an increase in trade with the U.K.
The Washington Post—The Washington Post/Getty Images
By Alex Morales / Bloomberg

(Bloomberg) — U.S. President Donald Trump said he expects trade with the U.K. to increase “substantially,” handing a boost to Theresa May, the beleaguered prime minister, who has flagged a trans-Atlantic agreement as one of the great prizes of Brexit.

“With the U.K. we’re continuing our trade and we’re going to be increasing it very substantially as time goes by,” Trump said on Friday. “We’re agreeing to go forward and preserve our trade agreement,” he said. “We have a very good trading relationship with the U.K. and that’s just been strengthened further.’’

The president has close ties with U.K. politicians who campaigned for Brexit, including former U.K. Independence Party Leader Nigel Farage. His latest intervention buttresses the message from Brexiteers that Britain will be able to benefit from trade deals with large economies around the globe after leaving the EU.

U.K. Trade Secretary Liam Fox said on Friday he’d signed a “mutual recognition agreement” with the U.S. earlier this week securing trade worth as much as 12.8 billion pounds ($16.5 billion).

“The U.K. and the U.S.A. share a special trade relationship and there is real ambition on both sides of the Atlantic to enhance this after we leave the European Union,” Fox said in a statement. “A free trade agreement with the United States is one of my international economic department’s top priorities and I look forward to beginning formal negotiations.”

The comments mark another about turn in Trump’s message around Brexit.

In July, he first told the Sun newspaper that May’s aim to keep close ties with the EU could jeopardize a future trade deal, before later telling reporters an agreement between the two countries was still on the cards.

Then in November he said May’s Brexit deal meant the U.K. might not be able to trade with the U.S., a position backed up by his ambassador a month later.

But Friday’s press conference in the White House Rose Garden wasn’t all good news for Brexiteers — especially those who say that Britain has nothing to fear from leaving the EU without a deal and trading on World Trade Organization terms.

He said the WTO was “one of the worst trade deals ever made.” 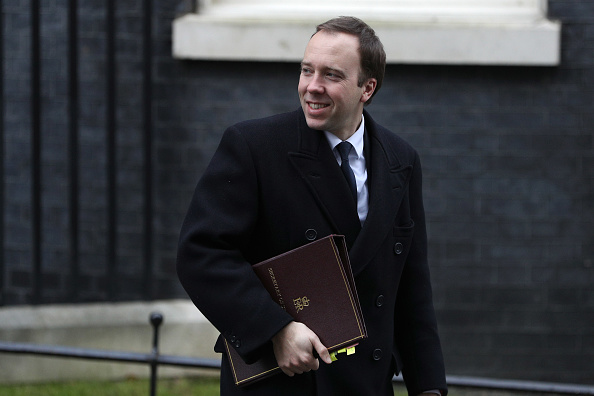 Britain to Prioritize Keeping Medicines Stocked Over Food in Case of No-Deal Brexit
Next Up: Editor's Pick