Pamela Adlon’s alter ego Sam Fox, the heroine of her semi-autobiographical FX comedy Better Things, is a woman who speaks her mind. In the show’s season three premiere, which will air on Feb. 28, that candor is briefly directed at her eldest daughter Max (Mikey Madison), just after the college freshman abandons her mom in favor of some new acquaintances. “I want my big, life, This Is Us milestone moment goodbye hug!” Sam whines, her arms outstretched. And she gets it—a long, sweet embrace that melts into a sort of slow dance, then evaporates in a mist of kisses.

The scene comes close to encompassing the range of apparently contradictory elements from which Adlon constructs the show. Better Things doesn’t have a terribly innovative premise: Sam—a journeyman actor and divorced mother of three girls—struggles to maintain an often demeaning career while caring for her close but ungrateful family (including her own declining mom) and intermittently looking for romance. Yet the writing artfully mingles cynicism and sincerity, shaggy storylines, earthy humor and lofty ideas about family and fulfillment. Relationships evolve slowly; it took two full seasons for Max, a mess of teenage anxieties, to reciprocate Sam’s affection. Without straying far from the quotidian, Adlon creates moments of (sometimes simultaneous) transcendence and crisis. Episodes evoke the same range of emotions as, yes, This Is Us but always feel much closer to real life than to melodrama.

It’s a delicate balance, and one that seemed especially precarious after The New York Times published five women’s sexual misconduct allegations against Adlon’s co-creator and champion Louis C.K.—just days before Better Things aired its season two finale, in 2017. Adlon responded by quickly cutting ties with C.K. and the manager they shared, in a bold but worrisome schism. Though her show had always been more humanistic than his bleak Louie, both series had deceptively loose structures, with episodes divided into vignettes that culminated in cathartic, thought-provoking, often controversial set pieces that drew out the stories’ common themes. Since Adlon had also been integral to Louie, as a writer and an actor, it didn’t seem sexist to wonder whether their creative symbiosis was essential to both of their respective successes.

C.K.’s absence is indeed palpable in season three. Those climactic scenes that set social media on fire are his specialty: He has the sole writing credit, for instance, on a striking episode from the second season in which Sam stages her own funeral, forcing her family to finally express some appreciation for her sacrifices. When they collaborated on scripts, Adlon seemed to rein in C.K.’s excesses, emphasizing small, true character beats while avoiding provocation for its own sake. In season two, when they shared writing duties but she began directing every episode, Better Things surpassed Louie, evolving into a comedy with the revelatory quality of meditation.

The third season, for which Adlon hired her first writers’ room, starts out equally thoughtful but less focused. As Sam toils on an unsafe movie set and weathers the physical and emotional indignities of perimenopause, she must attend to her family’s various minor maladies: Sam’s mother Phyllis (Celia Imrie) sinks further into dementia. Max gets homesick. Middle child Frankie (Hannah Alligood) grows increasingly bitter about her parents’ divorce, and takes out that anger on Sam. Even cuddly preteen Duke (Olivia Edwards) bristles at her mom’s obsession with a school bully. Instead of escalating to an apex, the first three episodes meander. The story never accelerates.

Viewers might be tempted to write off the show after a few weeks of this, but for those who already love Better Things, that would be a mistake. Something changes midway through the eight episodes sent to critics: Themes that have recurred since the season premiere, from Sam’s mistreatment at work to Frankie’s cruelty, reach critical mass and become full storylines. A series of healthcare providers, each with a distinct personality, serve as evidence that fiercely independent Sam must finally ask for help. Touching on menstruation, constipation and a colonoscopy, the masterful episode “Toilet” is a symbolic flushing out. (While other TV creators have used candor about women’s bodies to shock, Adlon’s reads as simple honesty.)

It’s an experimental season, one whose subtle shifts seem more suited to film than TV—and might be easier to appreciate on a streaming service than in 12 episodes spread out over three months. But if you watch it at the right pace, two or three half-hour installments a day, it starts to recall the radically organic storytelling of Virginia Woolf and, more recently, Argentine filmmaker Lucrecia Martel (Zama, The Headless Woman). In these artists’ work, as in the new Better Things, you barely notice narratives coalescing until they’re fully formed. That lends their plots an uncommon naturalism. And it certainly jibes with Adlon’s recent praise for the late indie film pioneer John Cassavetes’ documentary-like style. Like him, she’s making choices bold enough to alienate some viewers—ones that introduce a voice strong enough to stand on its own. 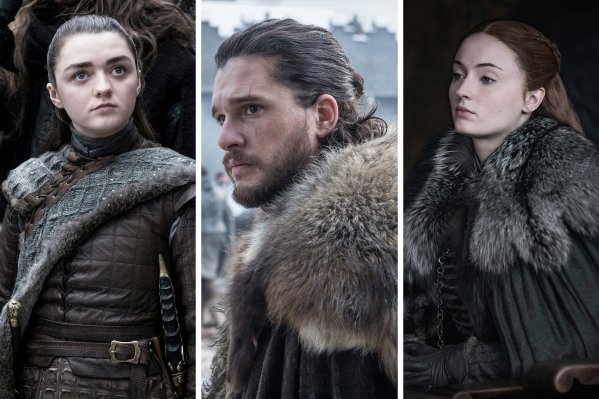 HBO Just Gave Us Another Sneak Peek at Game of Thrones Season 8
Next Up: Editor's Pick