Point-and-shoot camera manufactures would very much like you to put down your smartphones, please, and try their newest products. Will you? Not a chance.

Point-and-shoot cameras have had an awful year, their sales absolutely cannibalized by smartphones. And it’s not because mirrorless cameras — new designs that lie between point-and-shoots and professional-level DSLRs in terms of size and image quality — are replacing them, as some have suggested — they’re turning out to be a flop. Some argue that compact cameras aren’t selling because smartphones take such good images now that there’s no need to carry a dedicated camera anymore — and that’s partially true.

But there’s another force at play here, too: Smartphones have fundamentally changed why we take photographs.

Photographs used to be captured on film or, more recently, a digital sensor, only to truly be enjoyed later when printed or blown up on a computer monitor. Now, taking a photo is only part of the game — it’s sharing the photo that really matters. And people want to share their images right friggin’ now. Why else would Instagram boast more than 150 million active users?

Designer Craig Mod smartly explained this change in the New Yorker, writing that cameras are now “networked devices with lenses.”

“It’s clear now that the Nikon D70 and its ilk were a stopgap between that old Leica M3 that I coveted over a decade ago and the smartphones we photograph with today,” writes Mod. “Tracing the evolution from the Nikon 8008 to the Nikon D70 to the GX1, we see cameras transitioning into what they were bound to become: networked lenses.”

A glance at camera makers’ releases at the Consumer Electronics Show this week shows they’re doubling down, however clumsily, on connected cameras.

The worst off of the bunch is Canon. It just released the N100, which copies popular smartphone app by letting users simultaneously take front and rear-facing images. Along with some of Canon’s other newest compacts, it’s also got Wi-Fi “to help you get your photos on to your phone,” according to The Verge. That’s great if you’re one of the approximately nine people who would ever take a picture on one device, then spend time transferring it to a different device just to share it with your 73 Instagram followers — but it’s useless for anyone else.

Nikon’s getting in the Wi-Fi game as well, with two new compacts offering the feature. There’s not much else to report here, though the company recently made waves with its retro-styled, very pricy Df DSLR.

Sony‘s got more cameras with Wi-Fi, too. It’s pitching its new a5000 as the “world’s lightest interchangeable lens camera to feature the convenience of Wi-Fi connectivity.” It’s also got Near Field Communication, potentially handy for high-end Android users but moot for iPhone owners. Sony’s advantage is that it’s not just a camera maker — aside from the a5000, it just unveiled a new version of its Xperia waterproof smartphone that looks promising (although the last model’s U.S. sales nearly sunk below the surface). Sony’s at least thinking outside the box: It recently cooked up the QX10, a crazy-weird gadget that essentially turns your smartphone into a…much clunkier smartphone. It’s a nice attempt at something new, but it’s probably just a little too strange for mainstream adoption (Sony, however, is doing well as a maker of smartphone camera sensors).

Samsung, meanwhile, is in an awkward position: It makes some of the top-notch smartphones responsible for the death of the compact cameras that it’s also trying to sell. Like Canon and Sony, several of its CES offerings feature Wi-Fi and NFC. Samsung’s boldest move towards connectivity is its new Galaxy Camera 2, an updated version of its camera that runs Android OS and has 4G mobile data capabilities. It’s another play towards connectivity, but it’ll never click with consumers: If you want to upload photos via mobile data, you’ll have to shell out the cash for an extra data subscription. No thanks, Samsung, I’ll just take one of your nice, shiny Galaxy S4 smartphones.

It could very well be too late for the camera companies to get with the times — if Kodak fell because it didn’t see the digital image revolution coming, Canon, Nikon and others will follow suit because they didn’t get on board the sharing train early enough. Nokia introduced a smartphone complete with a 41-megapixel camera over the summer building on the success of its earlier Nokia 808. The two biggest smartphone makers’ flagship phones, Apple’s iPhone 5S and Samsung’s Galaxy S4, take gorgeous, instantly-sharable images and they’ve sold like hotcakes (though that’s starting to slow), meaning millions of consumers already have connected cameras — and their next models can only get better. Aw, snap. 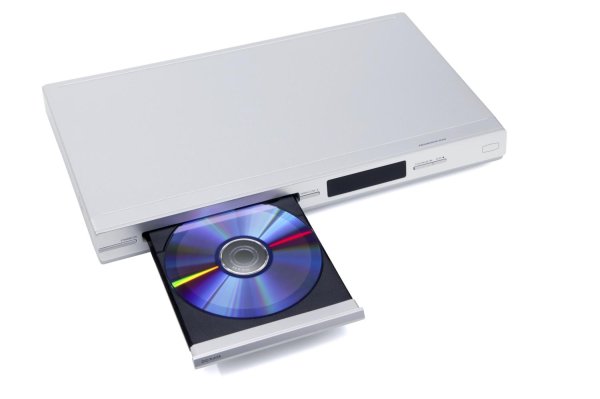 5 Tech Products That Will Be Dead in 5 Years
Next Up: Editor's Pick