'All I Want to Do Is Come Home.' A London Schoolgirl Who Fled to Join ISIS Now Hopes to Return

A schoolgirl from east London who left the U.K. in 2015 to join the Islamic State has reportedly said she wants to return home because she is nine months pregnant and afraid for her unborn child.

Shamima Begum, 19, was located in the al-Hawl refugee camp in northeastern Syria by a correspondent for the London-based daily The Times.

She said she had moved to the camp two weeks ago from the eastern Syrian town of Baghuz, ISIS’s final stronghold, where her one-year-old daughter and three-month-old son died from illness and malnutrition.

“I could not endure the suffering and hardship that staying on the battlefield involved. But I was also frightened that the child I am about to give birth to would die like my other children if I stayed on. So I fled the caliphate,” Begum told The Times.

“Now all I want to do is come home to Britain.”

The schoolgirl was 15 when she and two students from Bethnal Green Academy, Amira Abase and Kadiza Sultana, escaped to Syria through Turkey in February 2015. Abase was also 15 and Sultana was 16.

Two months prior, another student from the school, 16-year-old Sharmeena Begum, also made the journey. All four had reportedly married foreign IS fighters.

Sultana was reported to have died in an airstrike in Raqqa in 2016. Begum said the other two were believed to still be in Baghuz, but after days of bombing, she was unsure whether they survived.

She said she has no regrets about joining the Islamic State, but now wants nothing more than to return to London.

“I just want to come home to have my child. That’s all I want right now. I’ll do anything required just to be able to come home and live quietly with my child,” Begum said. 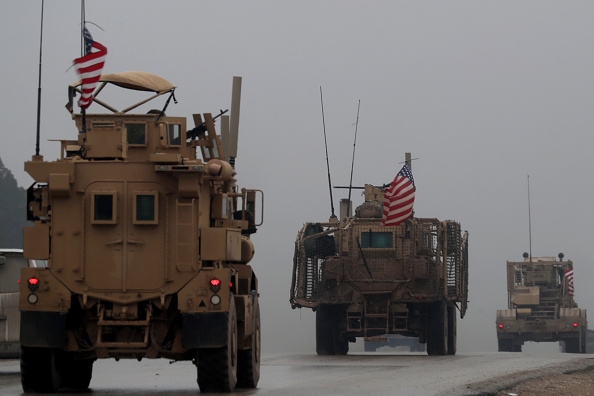 Trump's Pledge to Pull U.S. Out of Syria Meets Reality
Next Up: Editor's Pick