Kacey Musgraves has had a big week: on Sunday night, she won Album of the Year at the 61st Annual Grammy Awards for her album Golden Hour. And by the middle of the week, she was already solidified as a popular a meme, thanks to her shocked reaction — caught on camera — after the winning album was announced.

Musgraves, a critically-acclaimed country star, was up against stiff competition for Album of the Year, including Cardi B’s Invasion of Privacy, Kendrick Lamar’s soundtrack for the blockbuster Black Panther, Drake’s Scorpion and folk singer Brandi Carlile’s By the Way, I Forgive You. But in the end Musgraves — who also took home three other Grammys during the night, for Country Album, Country Song and Country Solo Performance — was the evening’s big winner, to her own surprise. In video of the moment, you can see Musgraves mouthing out the word “What?” repeatedly as she puts her hands up in astonishment.

After tweeting out a still shot of her reaction on Tuesday, Musgraves had this to say: “Let the memes begin.” And her fans quickly took it upon themselves to follow her direction, putting together an admirable series of responses and alternative captions to her facial expression.

Musgraves is currently riding high on her success, with her latest single “Rainbow” finally getting country radio airplay after many radio stations mostly ignored the early single options off of Golden Hour. But with all those Grammys — and a viral meme — under her belt, Musgraves is now rightly getting the country radio attention that had so far eluded her over the release of three critically-acclaimed albums. 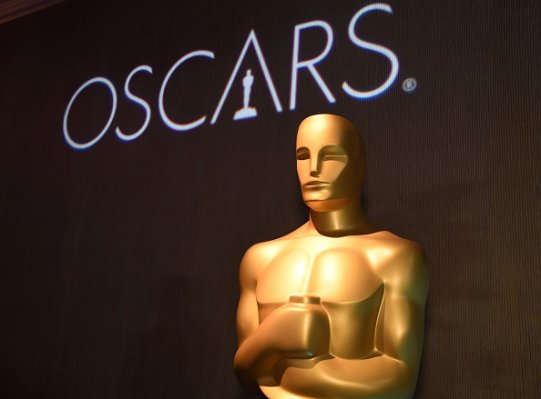 People Aren't Too Happy That These Oscar Categories Are Cut From the Broadcast
Next Up: Editor's Pick