Can Eating Dessert Be Good for Your Diet?

The case against dessert seems open and shut. The sugar that makes treats so sweet has been linked to weight gain and chronic diseases ranging from Type 2 diabetes to cancer; many desserts also have an abundance of saturated fats, which potentially harm the heart, and plenty of empty calories.

But some studies are suggesting that having dessert every once in a while — the real, indulgent kind, not the cut-up fresh-fruit kind — may actually be a useful tool for eating more healthfully, when it’s used strategically.

It turns out that picking dessert first — instead of after a meal, like most of us do — is linked to eating less overall. In a recent study published in the Journal of Experimental Psychology: Applied, people consistently chose healthier meals and consumed fewer calories when they picked a decadent dessert at the beginning of their meal. They didn’t even have to eat the treat first; just knowing they had selected it was enough to trigger a change.

“If we choose something healthy first, then this gives us a license to choose something bigger later,” says Martin Reimann, an assistant professor of marketing and cognitive science at the University of Arizona and co-author of the study. “If you turn it around and choose something heavier early on, then this license is already expired.” Making a calorie-heavy choice first seems to unconsciously steer people to “put the foot on the brake a little” as they decide what else to eat.

Reimann and his team studied 134 university faculty, staff and graduate students who were eating lunch in the school’s cafeteria. On four different days, they offered four different dessert options in the food line: a healthy choice (fresh fruit) placed before the main and side dish options, an indulgent choice (lemon cheesecake) before the savory dishes, fruit placed after the main meal or cheesecake after the main meal.

The phenomenon wasn’t just true on campus. It also held when 160 adults were asked to put together a hypothetical dinner order online, and estimate how much of it they would finish.

People who picked an indulgent dessert (chocolate cake) before ordering the rest of their food said they expected to eat about half as many calories as people who chose a healthy dessert (fruit salad) first, but the difference was much less pronounced when they decided on dessert at the end of the order. Nearly 56% of those who started with chocolate cake went on to choose the lighter main dish (grilled lemon chicken over chicken cordon bleu), versus about 44% of the fruit-orderers.

The study isn’t the first to suggest that the timing of your dessert matters, both physiologically and psychologically. Some experts recommend having dessert after a workout, since the body needs sugars to recover from intense activity and can thus put treats to better use. Foods that combine simple sugars and protein, like peanut butter cups, aid in recovery.

A strategically consumed sweet can even change your overall eating habits, research suggests. One 2012 paper found that people with obesity who followed a diet plan that included desserts like chocolate, cookies or donuts with breakfast later experienced fewer junk food cravings than people who ate a low-calorie, low-carbohydrate morning meal. The study authors suggest that this type of well-timed dessert may help with weight loss and management over time.

Moderate indulging may also help people avoid sugar binges. Research has shown that deprivation can spark cravings, potentially causing people to eventually eat more of the foods they were trying to avoid. So if you’re trying to reduce your sugar intake, a small helping of dessert may actually help you stick to that goal — at least at first. Over time, if you reduce your consumption little by little, it is possible to retrain your brain and tastebuds to crave sugary foods less, experts say.

Felicia Stoler, a New Jersey-based registered dietitian nutritionist, agrees that dessert should be on the menu sometimes, even for people who are watching what they eat. But she cautions against thinking of it as a health food or weight loss tool.

“Should they be part of every meal? Absolutely not. I don’t even think they should be part of every day,” Stoler says. “If you want to have the sweet treat, just gauge your calories around it. Maybe eat a little bit lighter earlier in the day.”

When you do decide to treat yourself, a growing body of research suggests that doing so strategically can pay off. 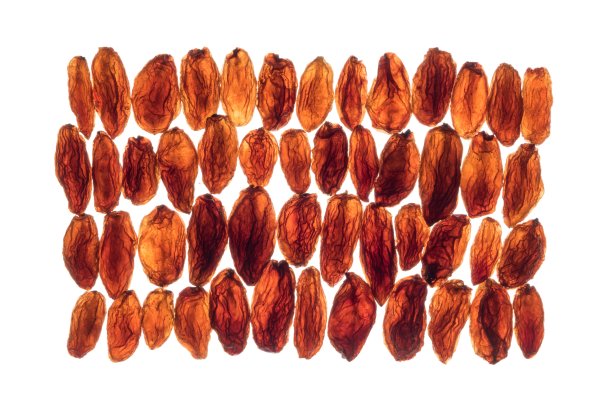 Are Raisins Healthy? Here's What Experts Say
Next Up: Editor's Pick