How Many Babies Will Be Conceived On Valentine's Day? We Figured It Out

Bunches of roses on display at New Covent Garden Flower Market ahead of Valentine's Day in London on Feb. 13, 2018.
Jack Taylor—Getty Images
By Chris Wilson

Approximately one half of Americans are expected to celebrate Valentine’s Day in some manner on Thursday, whether it be with the traditional pagan sacrifice of rosebushes, the traditional pecuniary sacrifice to the greeting card aisle, or any number of alternatives. (Some few will opt instead for the Finnish friendship holiday “Ystävänpäivä,” a traditional sacrifice to pronunciation.) Whatever one calls Feb. 14, we can comfortably forecast an uptick in amorous enterprises at the end of the evening.

Which got us wondering: Will there be an uptick in newborns nine months from now? By my back-of-the-envelope calculations, I can report that 10,408 children will be conceived this Valentine’s Day. Here’s how I arrived at that number.

Birth rates in the United States have generally declined in the past decade, according to the Centers for Disease Control and Prevention, totaling 3,855,500 in 2017, the most-recent data point available. That’s more than 10,000 children a day, on average.

The key phrase being “on average,” since we know that birthdays are not evenly distributed across the calendar thanks to data that Carl Bialik, now the data science editor at Yelp, received from the Social Security Administration for a 2016 article on FiveThirtyEight. Based on these figures, which Bialik generously open-sourced, the data journalist Matt Stiles put together a widely popular chart on the most common birthdays, which spike in mid-September. For all its claims on love, Valentine’s Day produces far fewer babies than Christmastime. (“I feel it in my fingers…”)

This would be a simple exercise if all pregnancies lasted exactly 38.5 weeks, the average gestation time according to 10 years of data from the CDC’s natality figures. (That figure varies depending on the source—see the methodology note below.) Unfortunately, for both expectant parents and data journalists, due dates are not so precise. Over 90% of pregnancies have gestational periods between 37 and 42 weeks, which is considered a full term, and another 7% are “late pre-term” deliveries made after 34 weeks, which carry increased risk of complications but only a very small increase in dire outcomes. This equates to typical gestation periods between 238 to 300 days, highly concentrated around the middle of that range.

Which is to say, children born between Oct. 10 and Dec. 11 might have been conceived on Valentine’s Day, with Peak Valentine Conception falling in mid-November.

From here, it’s a fairly simple calculation: For each week in this span, I multiplied the percentage of births attributable to a Feb. 14 conception, based on the CDC’s gestation data, by the number of children born that week, according to the Social Security Administration. While it would have been preferable to have day-by-day gestation data, this isn’t generally possible since most mothers cannot pinpoint a pregnancy to a specific day after their last menstrual cycle.

The result, 10,408 births, is not significantly different than the daily average for the entire year. This may mean Valentine’s Day is not the fertility factory one might suppose, though there’s another factor to consider: Given how amorous the December holiday season is—births are north of 11,000 a day for much of September, based on current annual fertility rates—a significant number of couples might already be pregnant by the time February rolls around.

Methodology: The CDC measures the length of gestation according to an “obstetric estimate,” while older, more dated sources often use the expectant mother’s last normal menstrual cycle as a guidepost. 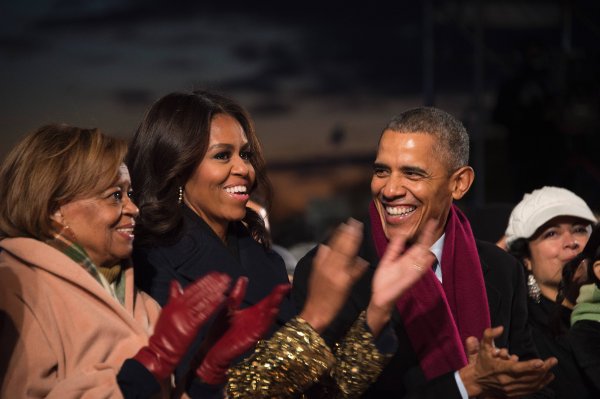 Michelle Obama's Texts With Her Mom Are Extremely Relatable
Next Up: Editor's Pick