The U.S.-China Trade War and #MeToo Were Among the Most Censored Topics on China's WeChat, Report Finds

The WeChat logo is seen on a mobile phone with China's flag in the background.
Omar Marques—SOPA Images/LightRocket/Getty Images
By Hillary Leung / Hong Kong

What do the U.S.-China trade war, Huawei’s Meng Wanzhou and the world’s first alleged gene-edited baby have in common? They’re all controversial subjects in China, and were among the most censored topics last year on the country’s ubiquitous social media app, WeChat, according to new research.

Last year, WeChatscope, a research project at the University of Hong Kong, tracked more than 4,000 public accounts covering daily news on WeChat. Of the 1.04 million articles reviewed, 11,000 were removed, the researchers revealed earlier this week.

Associate professor King-wa Fu, who leads the project at the university’s Journalism and Media Studies Center, said Sino-U.S. relations were among the most censored topics last year.

“There were disputes regarding ZTE and Huawei, multiple rounds of trade negotiations, and finally, the arrest of Huawei CTO, Meng Wanzhou, at the end of 2018,” he told TIME.

The researchers’ list of the ten most controversial topics also revealed that the #MeToo hashtag was heavily censored, as was coverage of the allegation that Peking University tried to silence activists protesting a two-decades-old rape allegation involving a former professor. A vaccine scandal in July that saw one of the country’s largest vaccine makers distribute substandard vaccines to thousands of babies also made the list.

The WeChatscope team arrived at these findings by building a technical web “scraping” system. By tracking the thousands of public accounts posting daily news, the system was able to detect when a post disappeared.

The researchers said the most common official reason provided for disappeared articles was that the content was “deleted by the publisher.”

“Self-censorship is a common practice among internet users in China as online speech can easily bring them trouble,” the report said.

“Users will often remove their own posts if they receive warning from senior colleagues or employers,” it added.

Fu predicts that the U.S.-China trade dispute will continue to be the main topic censored on WeChat in 2019.

“There will be a lot more developments, most immediately with the tariff deadline coming up,” Fu says, referring to a tariff hike that may impact another $200 billion of Chinese imports on March 2.

In 2018, China was the worst abuser of internet freedom for the fourth consecutive year, according to a study conducted by Freedom on the Net. In addition to operating its own sophisticated internet censorship apparatus known as the “Great Firewall”, China is also training other countries on its model, exporting hardware and advanced data tools to allow repressive regimes to control their netizens. 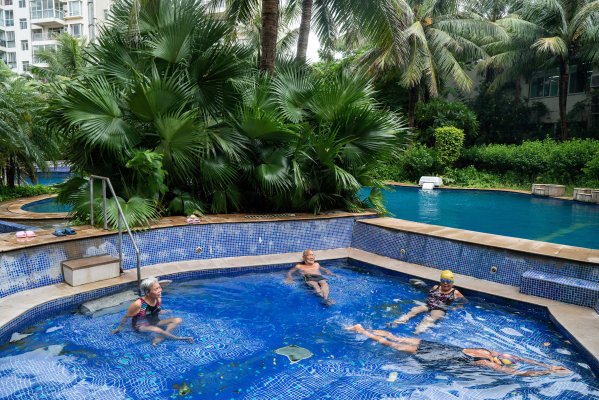 China’s Aging Population Is a Major Threat to Its Future
Next Up: Editor's Pick