Upskirting Is Now a Criminal Offense in the United Kingdom

The act of taking unauthorized, sexually intrusive photographs under someone’s clothing, known as upskirting, was officially criminalized Tuesday in England and Wales.

Upskirting-target Gina Martin successfully got the bill to receive Royal Assent, the final step in an 18-month campaign. Starting in April, perpetrators can face up to two years in prison and be placed on the sex offenders’ registry. The law will take effect in England and Wales, as Scotland already has its own regulations covering upskirting.

“It has been a long time coming but we are finally protected in every scenario — as we should always have been,” said Martin, according to the BBC.

Martin launched the campaign after an incident in July 2017, where she caught a man taking a photo up her skirt during a Killers concert. Martin reported the episode to police, only to discover it was not a criminal offense. She wrote a Facebook post that went viral, and 50,000 people signed an online petition to get her case re-opened, BBC reports.

Police will now be able to arrest people on suspicion of upskirting.

“There’s a lot of work still to do. A change in law is a huge thing, it sets a precedent but it doesn’t change people’s opinions,” said Martin.

“We still see ‘smaller’ sexual assaults as not such a problem but it’s a massive issue,” she added.

The effort to outlaw upskirting stumbled last June when a conservative lawmaker blocked the bill. Prime Minister Theresa May called his objection “disappointing” and days later, the measure reappeared in parliament.

May welcomed the passage of the upskirting law, saying Tuesday she was, “Very pleased to see the degrading practice of upskirting become a criminal offense after the tireless work of victims and campaigners.”

In the U.S., upskirting is not a crime at a federal level. In 2014, Massachusetts state lawmakers outlawed the practice, but a Texas court also upheld its citizens’ constitutional right to take upskirt photos, citing the right to freedom of speech.

Most Popular on TIME
1
Alarming Data Shows Possible Third Wave of COVID-19
2
The Inside Story of Signal
3
USPS Fails to Update 1.8 Million Addresses 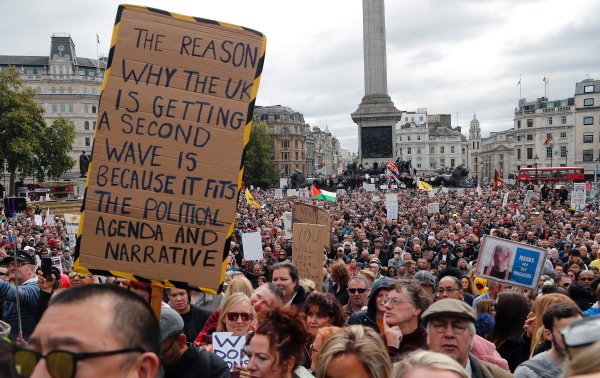